Survivalist saves home with Aqua Dam after everyone called him crazy 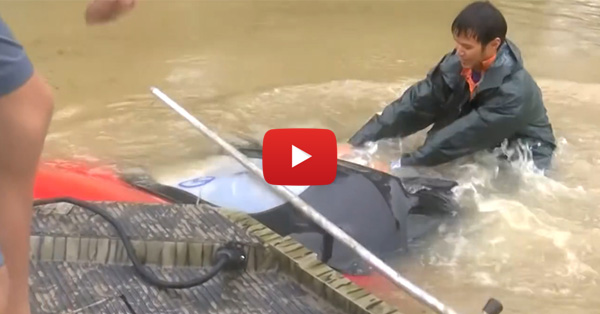 Texan Robert Wagner’s story is a lot like Noah’s. Everyone thought he was crazy, until the rain started falling. After driving from Texas to Louisiana and spending $8300, Wagner managed to save his home from a terrible flood. He purchased a 30″ Aqua Dam, which can be filled with water to create a flood barrier. The flood waters reached a depth of 27″ around his property, but the barrier never broke and his home was saved. According to Wagner, “I was the crazy guy. Everybody was kinda, y’know, goin’ by laughing at me. But today they’re really impressed with this.