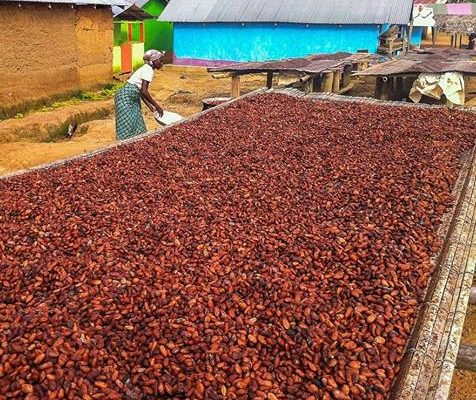 The National Association of Ghana Cocoa Marketing Clerks has charged purchasing clerks to suspend the purchase of cocoa on credit from farmers until companies owing them are able to settle their indebtedness to them.

That, it said, is to prevent the situation whereby clerks would purchase the produce on credit and not be able to pay back, thereby affecting their reputation and relationship with the farmers.

“Sometimes it takes a long time for the companies to pay the money they owe us for us also to pay the farmers for their produce. When that happens, the farmers think we have taken the money and do not want to pay them their share.

"This is affecting our relationship with the farmers and that is why we are asking our members to suspend the credit of cocoa from farmers for now until money owed us is paid,” a statement issued by the president of the association said.

It said the indebtedness of clerks to farmers was so serious that it sometimes resulted in fisticuffs between the farmers and the clerks, adding that some of those fisticuffs had resulted in people sustaining injuries.

“We the clerks are really suffering as a result of the current situation we find ourselves in,” the statement said and urged cocoa purchasing clerks across the country to endeavour to be part of the association which was formed in September last year to champion their cause and welfare.

According to the statement, purchasing clerks faced a number of challenges in their operations and that once they were able to come together in unity, they would be able to find solutions to them.

It explained for instance that clerks needed protection from criminals who attacked them in the course of their work.

“Sometimes when we are carrying money from a district office to the village to settle the farmers, we are attacked by armed robbers because we do not have anyone protecting us,” it said.

Another problem, the statement said, was the lack of access to loan facilities from the companies that engaged the clerks to work for them to attend to personal issues.

Again, it said the association wished the companies that engaged their services would put them on payroll to generate monthly incomes instead of being commissioned workers.

Moreover, it said the clerks wanted to keep and save their own little contributions known as buffer instead of the current situation where it was being handled by district cocoa officers.

“With the current situation, if the district officer does not approve of the release of the contributions to be shared, it is not done. Meanwhile, the money they keep does not generate interest. In view of that we want to take charge of our contributions so that we can handle it well for the benefit of all,” it said.

The statement said clerks also had a problem of being asked to purchase their own weighing scales, provide shed for the storage of the produce, as well as the lack of insurance for members.

It said among other things that once cocoa clerks were able to come together and join the association, they would be able to find solution to their problems since in unity lies strength.