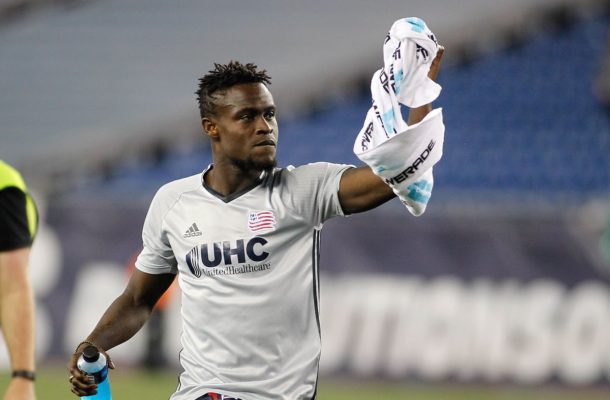 Ghanaian midfielder  Gershon Koffie has parted ways with Swedish top-flight side Hammarby IF after his contract was terminated by mutual consent.

The 26-year-old signed a three year contract in January 2017 but struggled to establish himself in the Allsvenskan.

In a statement on Hammarby’s official website, Koffie revealed he initiated the mutual termination, thanked and wished the club well in their endeavours.

“I have discussed my situation with Hammarby and I suggested this solution,” he is quoted as saying.

“It is with mutual respect we go separately and I wish the best for Hammarby.

“Hope that the team will hold its lead and win the league,” Koffie added.

Hammarby sporting director Jesper Jansson was the first to announce that Koffie, who made only three first team appearances during his time, was not in the Swedish club’s future plans back in March this year.

In the club’s parting message, Jansson said: “We would like to thank Gershon for this time.

”He ended up in a difficult place here, but his professionalism was always 100% and he will be very proud of it. We wish him great luck in his continued football career.”