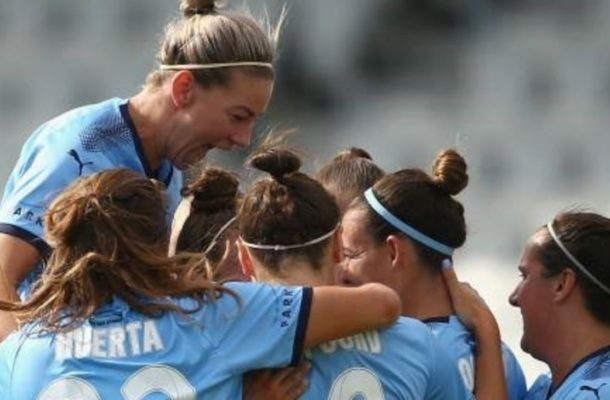 
Played in front of a competition record crowd of 6,127, the Sky Blues outshot and outlasted their West Australian rivals to emerge victorious from the six-goal thriller, and claim their first piece of silverware under head coach Ante Juric.

Sydney's side was packed with Australian internationals like Alanna Kennedy, Caitlin Foord and Chloe Logarzo, but it was a day where their American stars shone brightest, with McCaskill and Sofia Huerta scoring three of their goals.

The first, a sweetly struck thunderbolt from Huerta, came less than six minutes into the contest, but that lead only lasted until just over 15 minutes, with Sam Kerr winning, then converting a penalty kick to register a record-extending 17th goal of the season and level the tie at 1-1.

McCaskill's first contribution to the scoresheet was brilliant and pivotal, as her exquisite flicked header restored Sydney's lead four minutes before half-time, and the 22-year-old US international then made it 3-1 with a close-range effort in the 61st minute.

Perth found a lifeline though when Alyssa Mautz, another American, prodded home a corner kick in the 68th minute, but it was Matildas regular Logarzo who had the final say when, off balance, she hammered in Sydney's fourth from the edge of the penalty area to seal a memorable win for her side.

Logarzo and her international teammates now turn their attention to next Thursday's Cup of Nations opener against New Zealand, with Korea Republic and Argentina also on the fixture list in the competition.