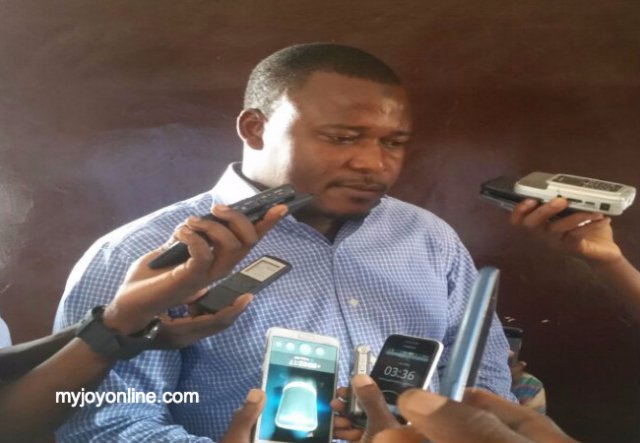 The Tamale Chief has summoned managers of a Tamale-based radio station, Zaa Radio to produce the audio in which a sub-chief is alleged to have boasted about having had sex with about half of the young ladies in the metropolis.

Spokesperson for the Chief, Abass Salifu, says the request for the audio is in recognition of the seriousness of the charge leveled against the Entertainment sub-chief, Deema – Na Mohammed Hafiz.

A section of Tamale youth stormed the palace of Dakpema Naa Mahamadu on Monday protesting the sub-chief be de-skinned following comments that he had slept with half of the ladies in Tamale.

They claimed Deema Hafiz, in an interview on Zaa Radio disclosed he was done with half of Tamale ladies and that he does not have an interest in the rest.

This angered the youth who felt the revelation by the sub-chief should be enough ground for him to be de-skinned because his actions constitute an affront to the society.

Speaking to Joy News’ Evans Mensah, Deema Hafiz says the charge leveled against him was false.

According to him, his response to a question during the interview did not mean he has had sex with half of the women.

He was asked what he has done to all the ladies who used to be around him when he first came to Tamale and he replied he was done with them.

He claimed the youth misinterpreted it to mean he was done sleeping with them. What he meant was that he was done empowering half of the ladies in the metropolis and that they no longer need him to survive.

The allegation of the youth is not true, he said.

Even though Mr Salifu says the youth were unable to substantiate their claims, the Chief is treating it with the seriousness it deserves.

He disclosed the chief of Tamale, his elders and a section of the youth will meet to listen to the audio.