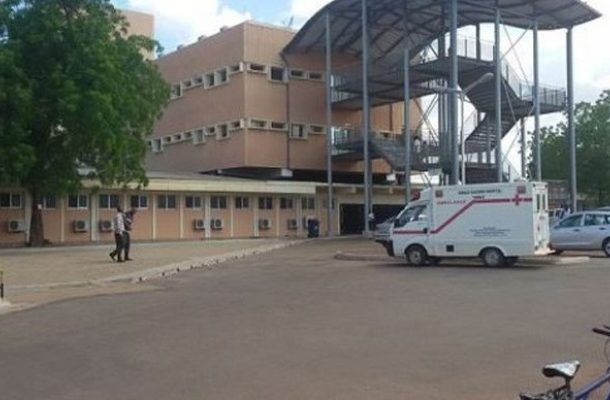 Health workers at the Tamale Teaching Hospital announced on Wednesday, 15 August 2018 that they have laid down their tools in protest to attacks on their CEO, Dr David Kolbilla, by a coalition of pro-NPP youth including vigilante group Kandahar Boys, on Monday 13 August 2018.

The situation has led scores of patients including pregnant women and little children who have thronged the Tamale Teaching Hospital to seek health care Wednesday morning to be turned away by the striking doctors and nurses.

Lab Scientists at the hospital have also withdrawn their services.

The OPD section of the Hospital has been deserted as there’s not a single member of staff available to attend to the patients.

Specialist consulting that was also to take place is also unavailable.

The health professionals withdrew all out patient, specialist clinic, anti-natal clinic, accident and emergency services on Tuesday evening to protest the attack on the CEO by thugs suspected to be loyalist of the governing New Patriotic Party (NPP).

The CEO of the Hospital Dr Kolbila and his officers thrown out of their offices on Monday by the thugs.

The youth, who attacked the hospital, accused the CEO of adopting a habit of issuing threats to staff, engaging in procurement breaches and neglecting the purchase of key hospital consumables such as examination gloves, needles and syringes, among others.They also alleged that under Dr Kolbilla’s watch, the Tamale Teaching Hospital keeps deteriorating.However, the health professionals indicated that they do not feel safe and requested among other things, the establishment of a police post before returning to work as the attacks have been rampant.