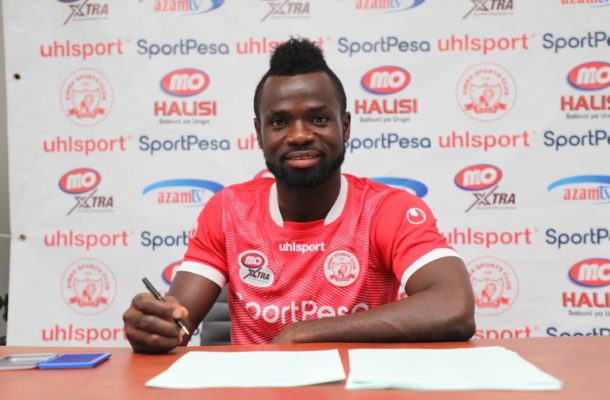 Tanzianian champions, Simba SC confirmed that they had secured the services of Morrison with pictures to that effect released on their official social media handles.

The 27-year old has proven a notorious character with his stint at Yanga marred with a series of controversies.

The former Ashanti Gold SC star recently fell out with the club’s former coach Luc Eymael and left the stadium while a home game was ongoing.

Morrison also had an altercation with management leading to a war of words, with both club and player having an unresolved issue at the Tanzanian Football Federation.

The player has also been involved in a scuffle with the police after he was arrested and later released without any specific charge.

Morrison only joined Yanga in January after leaving South African side Orlando Pirates.

Right after his transfer to Simba went viral, Yanga issued a statement to claim the player is still their player with his contract running until 2022. 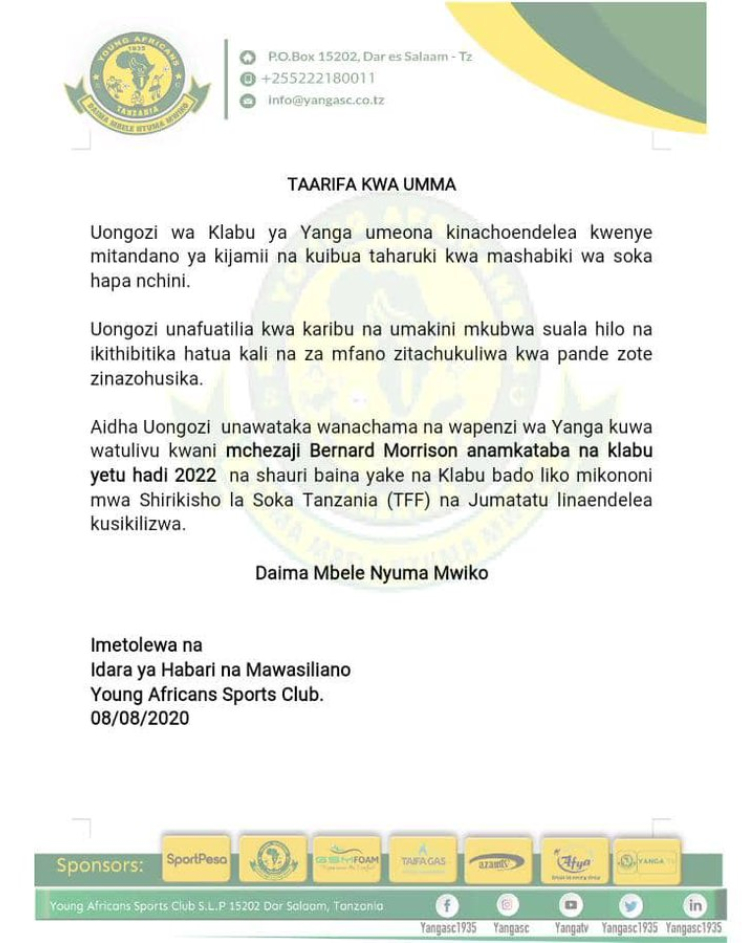 The statement, in the Tanzanian native language of Swahli communicates what has been summarised below.

“The management of the Yanga Club has seen what is happening on social media and has sparked outrage among football fans in the country.

“The leadership is closely monitoring the issue and if proven and severe and exemplary action will be taken against all parties involved.

“In addition, the leadership wants members and supporters of Yanga to remain calm as player Bernard Morrison is contracting with our club until 2022 and the case between him and the club is still in the hands of the Tanzania Football Federation (TFF) and on Monday continues to be heard.” the statement reads.