Tareq: Luck was not on our side 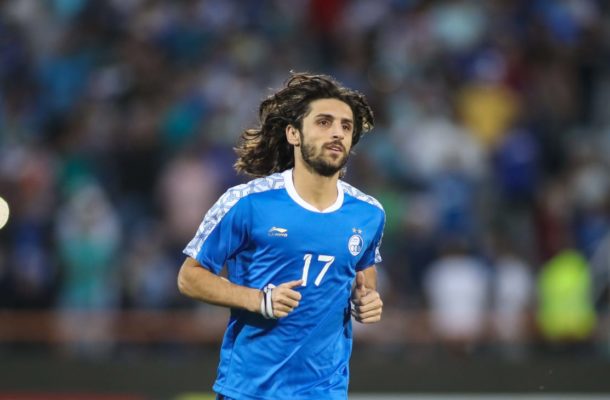 Tehran: Humam Tareq has admitted Esteghlal did not get the rub of the green after conceding a late equaliser to draw 1-1 with the United Arab Emirates' Al Ain in Group C of the 2019 AFC Champions League on Tuesday.


After both teams lost their opening games of the campaign, the match at Azadi Stadium took on extra significance and it was Esteghlal who dominated large spells, eventually going ahead through Farshid Bagheri’s header in the 54th minute.

But the Iranian side continued to miss chances and the longer there remained just one goal in it, the more likely the equaliser became. So it proved as Japan international Tsukasa Shiotani fired into the bottom left corner with five minutes remaining to claim a share of the spoils.

“We played a great game but luck wasn't on our side,” reflected Tareq, who came off the bench with just under 20 minutes to play.

“We wasted a number of chances both in the first and second halves. I hope we will be better in the next game, which will be a tough one as it’s against the group leaders Al Hilal.”

A post shared by صفحه رسمى باشگاه استقلال (@esteghlal.fc.official) on Mar 12, 2019 at 1:38pm PDT Esteghlal perhaps should have taken the lead just after the 30-minute mark although Esmael Goncalves will consider himself unlucky that his header from Ayanda Patosi’s corner rebounded back off the woodwork.

More than 65,000 spectators had turned out at the Azadi, but, with Esteghlal unable to capitalise on their chances, they would leave disappointed following Al Ain’s equaliser.

“It's tough to take this point but I think that, being Esteghlal, and having these great fans who support us from the beginning to the end, we are capable of achieving something,” added Tareq.

“I wish all the best to my teammates and the coaching staff [in the next games] and I also want to thank the fans who came to support us today. I hope we can make them happy in the future.”

Esteghlal next face a double-header with group leaders Al Hilal of Saudi Arabia, who made it two wins from two following a 3-1 victory over Qatar’s Al Duhail, also on Tuesday.