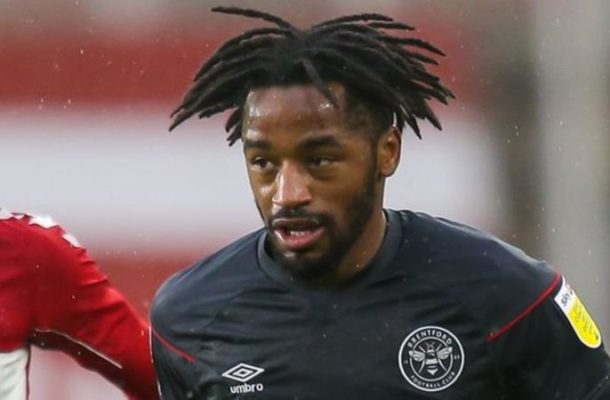 Ghanaian winger Tariqe Fosu Henry made his first appearance of the season for his English Premier League side Brentford in his sides 2-1 Carabao Cup win over Stoke City on Wednesday night.

The winger has been a fringe player since his team qualified to the Premier League from the Championship and was even on the team's transfer list.

He was introduced into the game in the 72nd minute as a replacement for teammate Forss.

Brentford reached the Carabao Cup quarter-finals for the second successive season after winning at Championship side Stoke City for the first time.

Toney followed up his assist with a goal of his own as the forward made it three for the season when he slotted home from 12 yards for a much-changed Brentford side.

Stoke knocked out Watford in the previous round but were unable to add a second Premier League scalp, despite reducing the deficit through a fine finish from the edge of the box by former Bees player Romaine Sawyers.