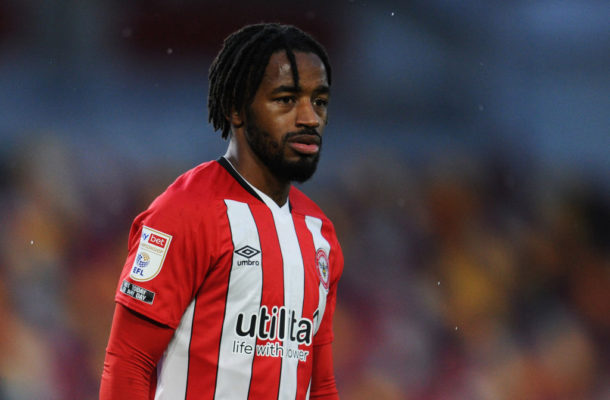 Bournemouth secured a slender 1-0 advantage in their Championship play off game against Brentford at the Vitality Stadium.

Dutchman Arnaut Danjuma gave Bournemouth the only goal against Brentford in their Sky Bet Championship play-off semi-final, handing them a slim advantage heading into the second leg.

But the Cherries were dealt a blow before the break when captain Steve Cook was taken off injured, and will be a doubt for the vital second leg at Brentford on Saturday.

Bournemouth responded well though when, 10 minutes after half time, they took the lead. It was a sensational break from the hosts, with Danjuma superbly turning home from David Brooks' cross, before celebrating with the elated fans on their return to the Vitality Stadium

Brentford began well, and had a penalty shout inside 10 minutes. Tariqe Fosu was caught by Adam Smith in the area, but the referee waved away the claims. Before the game, Brentford manager Thomas Frank had called for VAR to be used in the play-offs, and his point was proved early on.

The Ghanaian forward was taken off in a raft of changes in the 59th minute with Emiliano Marcondes his replacement.

Brentford had their chances to equalise too, with Bryan Mbeumo missing the most glorious of chances, somehow turning Christian Norgaard's cross past the post of a gaping goal.

The result sees Bournemouth with a slim advantage heading into the second leg as they aim for an instant return to the Premier League. Brentford also have improvements to make to avoid another play-off disappointment.