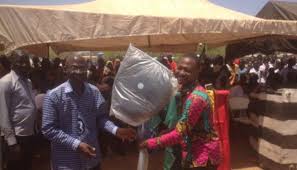 A Ghanaian teacher who walks 42 kilometres to school has been rewarded with a standing fan for his “well-dedicated service” by the authorities of Tolon District Assembly in the Northern Region.

The award was presented by the district director of education Reverend Georgina Anaaba Norga who encouraged the teacher to continue with the good work.

Mr. Kombian who not only spend 42 kilometres on the road to school every day had been serving as the only teacher and headmaster at the school for several academic periods, Ghana Web reported.

It was also reported that he alone taught a population of about 74 pupils for more than a year. At that time, as the headmaster, he performed other tasks at the school, which temporarily closes down when he fell ill or is out of town.

But now he has three other teachers assisting him at the school. 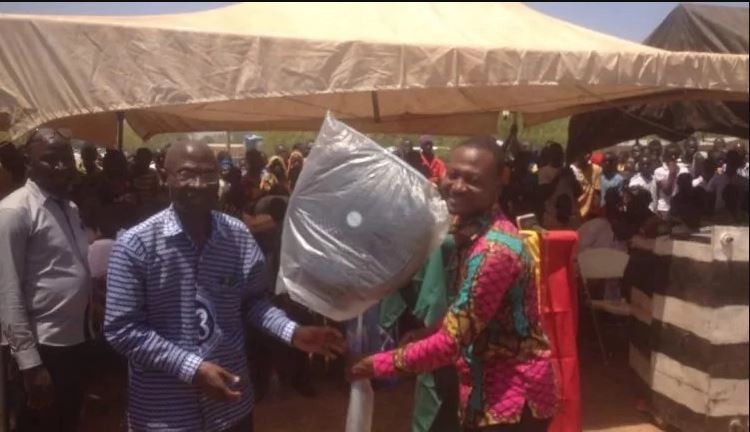 Receiving the award at the event, Mr. Kombian expressed his gratitude and thanked the authorities for the recognition of his works.

“The award itself…the prize itself is not something that I will place much emphasis on but the gesture. The gesture of recognizing what I have done is what gladdens my heart”

“But we also expect that as we are trying, you will have to do whatever to be able to support us to be able to do the work well. So, I will say I’m happy that recognition has been given for the effort that I’ve been putting, so it’s quite refreshing to know that someone is looking at you and what you are doing; that alone is satisfying,” Kombian said.

Other teachers were also rewarded with food flasks for their contributions in helping to promote rural education in the area.