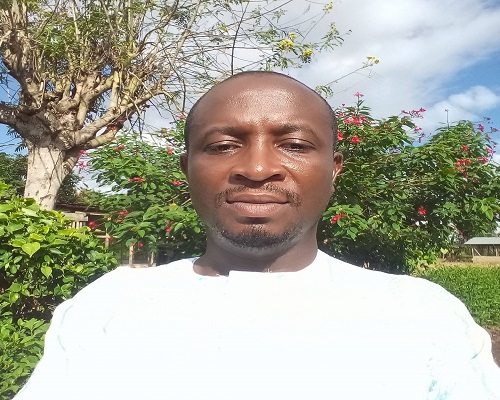 The headmaster of Queen of Peace R/C JHS in Techiman in the Bono East Regional capital, Mr. Paul Dwamena has been found dead on a mango tree.

He reportedly committed the act in his home at Wiawso, a suburb of Techiman on Tuesday, April 20, 2021.

MyJoyOnline reports that the incident has thrown the community into a state of shock.

Yeboah Henry Jnr, a teacher and an eyewitness to the incident revealed his last meeting with the late Paul Dwamena.

“He came to school on that fateful day, and said he had a discussion with the bishop and that was the last time I ever heard or saw him”.

A mathematics teacher in the school is quoted in the report to have said expressed shock and sadness over the demise of the headmaster.

”When he was the Vice Cathedral Youth Chairman, I was his secretary before coming here. If anything, bothers him he would call for a meeting with the academic board. In fact, he is a reserved type, as we all know but when it comes to meetings, or when something is bothering you, concerning the school, you go for a meeting. In fact, we are mourning. We are all saddened and in a state of shock.”

He however denied claims that the headmaster hanged himself in the school’s staff common room.