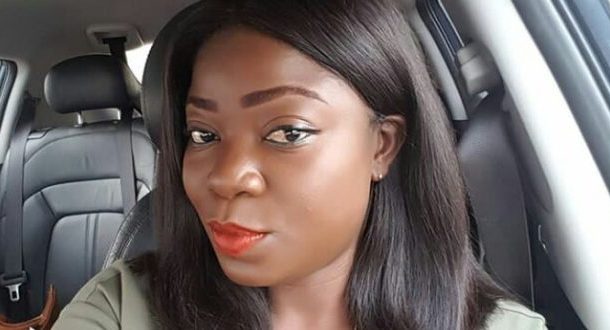 The editor of Adom FM, Afia Pokua, popularly known as Vim Lady, has dispelled reports and rumours going round that she was the divorced wife of her colleague Captain Smart.

Vim Lady in a Facebook post, revealed that since Captain Smart’s divorced hit the media, many people have been calling and cursing her.

She said these people have mistaken her to be the estranged wife of Smart, and have pointed accusing fingers at her.

However, unable to bear the situation anymore, Afia has called on Captain Smart to let the public know that she is not the divorced wife.

The issue became topical in the media, especially after it was reported that the name of the woman he divorced was Afia Pokua.

Many people thought that Captain Smart’s Afia Pokua was his colleague Vim Lady, and so they started attacking her.

She wrote: “Please tell the world I am not YOUR DIVORCED WIFE na mabre ne curses nu (I am tired of the curses). If you do not do this disclaimer, I WILL GO ALL OUT.”

Afia Pokua further begged to be left out of what she described as Captain Smart’s tonga business in a strongly-worded statement to clear her name.

She said she does not understand why someone would enjoy love while she kept bearing insults.

Afia added that she had long discussed the issue with Captain Smart to correct it, but he was adamant.

“When they do this and i say Captain Smart should vome and ckear the air, then some people think i am "too known"...How can somone "chop" his tonga and i will be the one receiving the insults and curses from people? How?"

"Not even a day will pass without even receiving an insulting voice note accusing me of killing someone. Aden? Captain Smart, i beg you, i have already discussed this issue with you before and Kojo Preko is my witness."

"I have suffered too much for my reputation to allow anyone to destroy it. PLEASE COME and clear the air that i am not involved in your Tonga business nor am i your DIVORCED WIFE.