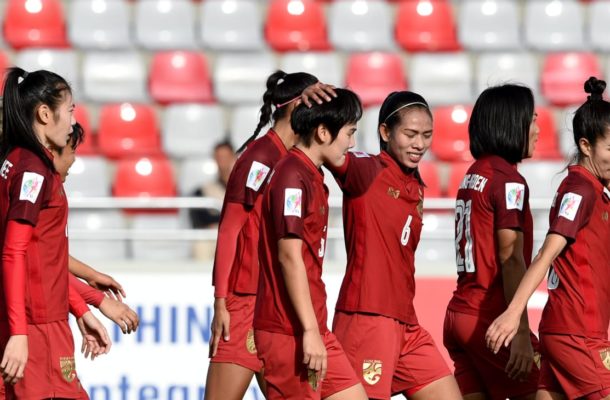 Kuala Lumpur: Thailand's FIFA Women's World Cup build-up will include a first ever participation in the Cyprus Cup, where they will be joined by DPR Korea from February 25 to March 7 next year.


The Chaba Kaew will face fellow France 2019 finalists Italy, as well as Mexico and Hungary in Group B, while DPR Korea - who failed to reach the global showpiece - will meet Czech Republic, Finland and World Cup-bound South Africa in Group A.

The competition, won by Spain in 2018, will serve as a crucial building block ahead of Thailand's FIFA Women's World Cup campaign, which will begin against reigning world champions United States in Reims on June 11.

Nuengrutai Srathongvian's side qualified for next year's global finals with a commendable fourth-place finish at the AFC Women's Asian Cup in April, and won a fourth AFF Women's Championship title in July, but finished the calendar year with six successive defeats.

While the competition in Cyprus is unchartered territory for the Southeast Asians, DPR Korea have appeared in the past two editions, registering six wins, one draw and one loss in back to back third-place finishes.

DPR Korea will be looking to start 2019 in a positive manner, after a disappointing campaign in Indonesia, featuring losses to China PR and Japan, saw the three-time champions finish without an Asian Games women's football medal for the first time in the event's history.