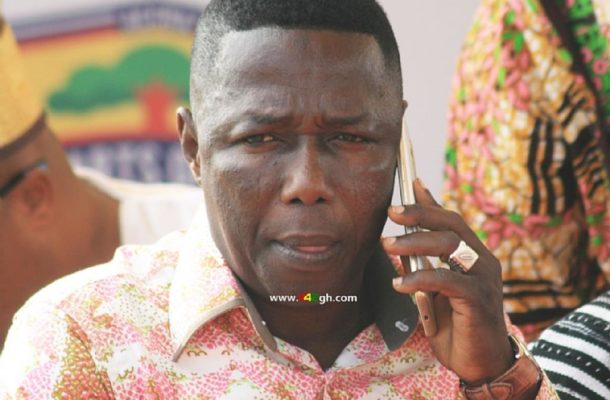 Board Member of Accra Hearts of Oak Alhaji Akanbi has slammed Angolan referee Helder Martins Rodrigues De Carvalho  for his poor performance on Sunday at the Accra Sports Stadium.

The Ghanaian champions Accra Hearts of Oak defeated WAC of Morocco by a slender 1-0 score line at the Accra Sports Stadium in the first leg of their CAF Champions League game.

Hearts piled up pressure on WAC and Salifu Ibrahim delivered a cross from the left flank which was met by Isaac Mensah beyond the despairing dive of the WAC goalkeeper to give Hearts a 1-0 lead with four minutes to end the first half to see off a spirited WAC side.

Many Hearts of Oak fans were of the opinion that the Angolan referee came into the match with a mission as he kept awarding almost every decision against the home side.

"When you're playing at home, you have an advantage and if you look at how our players played yesterday, they did very well.

The only problem was the officiating and everybody who watched the game on television will testify," Akanbi told Asempa FM.

"I approached the match commissioner after the game and he told me he will highlight the performance of the referee in his report."

The return game has been scheduled for Sunday, October 24 at the Mohammed V Stadium in Casablanca.