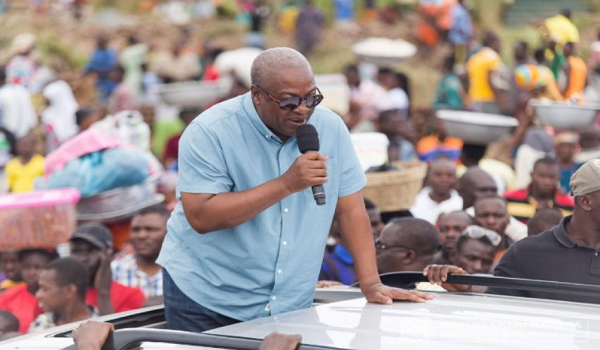 Cocoa farmers used to get fertilizers for free but the insensitive Nana Addo led administration came and sold it at 80 cedis per bag. Assuming, 3 bags are required for an acre of cocoa farm. This is 240ghc. So for a cocoa farmer who has 100 acres has to buy a whooping 24,000ghc worth of fertilizers. So in the 4 years, the cocoa farmer would have ha 96,000 ghc retained in his pocket. This amount would have sorted out a lot of issues including domestic ones.

Coupled with that, they were given a bonus of 5 cedis which the insensitive Nana Addo led administration has canceled.

The visionary leader, his excellency John Dramani Mahama, knowing the effect of poor roads on the cocoa business, awarded over 230 cocoa roads to boost the sector. This is unprecedented and a huge stride in the cocoa sector.

Again, this same clueless and empty administration left these cocoa roads which were awarded on contract and most of them started, to rot for almost 4 years and when defeat is staring them in the face, they have taken a knee jerk reaction by mobilizing contractors to site to deceive Ghanaians.

Is it not also shameful and pathetic that this government spent a whooping amount of $10 million (close to 60 million cedis and 600 billion old cedis) of tax payers sweat to conduct audit on cocoa roads for God knows how long? And above all, insult Ghanaians that the report can't be published, as if it was Nana Addo's pocket money which was used to conduct the audit?

Clearly the incumbent is empty and incapable

Obviously, JM served cocoa farmers better and needs to be brought back to make their lives better again