The Courts bring finality: The case of Ghana's 2020 Elections' disputes 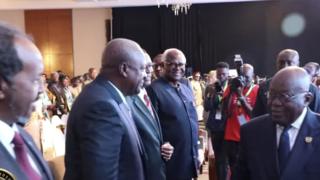 Written by Kofi B. Kukubor

As much as street protests may be used to create awareness and draw the attention of the international community, it would yield nothing if the National Democratic Congress, NDC refuses to go to court. The same street protest was executed during the botched new voters' register brouhaha. Eventually, it was the courts that decided. The law is supreme.

If the street protest is a recommended approach towards redress, it is bound to fail. Furthermore, if it is part of advocacy activity leading to the courts as the final arbiter, then it is a very expensive approach.

If the NDC believes it has gathered an overwhelming evidence, it would be practically impossible for the courts to rule otherwise. The judicial system by its construct and design, deals with facts presented but not the truth necessarily before them.

It is not impossible for the NDC to present its overwhelming evidence and facts as something similar was executed during the 2012 petition at the Supreme Court. It would be easier limited to the nine regions NDC is claiming to have won

Therefore, if the writ is filed properly, this case would be a test of integrity of Ghanaians through the Supreme Court Judges as far as future of democracy is concerned. It would determine whether the country condones stealing in the light of the judicial precedence. Indeed, it is a crossroad in ensuring promotion of a stable democracy.

Even if NDC loses, the outcome would yield significant reforms to Ghana's electoral system and processes. The primary function of a political party is to either secure power through legitimate means or to contribute to deepening democracy through reforms. History will not forgive NDC if they failed to execute this task for the benefit of its members, and Ghanaians.

It is with much hope that, the NDC would pursue the right path in seeking redress.