The EPL Has Restarted - What Ghanaian Players Will be Competing 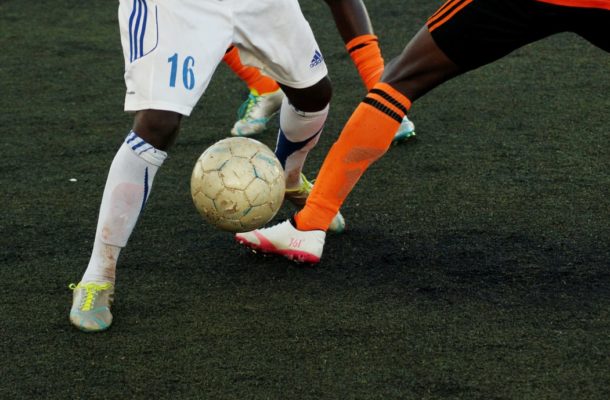 There are hundreds of Ghanian players competing on every continent and just about every country from Australia to Zambia. Of course, the largest proportion of Ghanian players have signed contracts with teams in Europe, with several dozen competing in both Spain and Portugal with dozens more in pretty much every other European nation.

England is no exception, with 26 players signed with clubs in the country as of the start of the 2021-22 season. Of these, six play for Premier League clubs, giving them an opportunity to show off just how great Ghanian players can be.

Daniel Amartey is a 26-year-old defender/midfielder who was born in Accra. He began his senior career in Sweden, playing for Djurgårdens IF Fotboll before moving to neighbouring Denmark to play for Copenhagen.

After 44 appearances, he joined Leicester City in January 2016, just in time to win the Premier League with the club a few months later.

Leicester have remained title contenders in most years since, so there will be many fans hoping for a return to the top of the table this season, especially after their 1-0 victory against Wolves in their opening game of the season and the victory over Manchester City in the FA Community Shield. Riding high on this, we’ll likely see many Leicester fans taking advantage of the myriad of free bets offered by bookies to back their club.

These fans will be hoping Amartey can stay free from injury for the full season and there won’t be a repeat of 2018-19 so that he can remain in the starting squad for the Foxes.

Born in Wandsworth, England, to Ghanian parents, Tariqe Kumahl Malachi Akwesi Fosu is a 25-year-old attacking midfielder that has spent his senior career competing with a number of teams in the lower tiers of English football, including Reading, Fleetwood Town, Accrington Stanley, Colchester United, and Oxford.

In January 2020, Fosu signed for Brentford, a club that was competing in the EFL Championship, England’s second tier. In his first partial season, he scored one goal, helping the club into the playoffs.

His first full season with Brentford saw him score four goals from 49 appearances, helping the club to get into the first tier of English football for this first time in 77 years.

Fosu didn’t get any action during Brentford’s 2-0 victory against Arsenal, though we’re likely to see plenty of him during the rest of the season.

Thomas Teye Partey was the other Ghanian player who missed out on an appearance during the Brentford - Arsenal game in mid-August. The 28-year-old midfielder was born in Krobo Odumase but moved to Europe to play football.

He began his senior career with Atlético Madrid B in 2013 before being promoted to the first team in 2015. Partey remained at Madrid until 2020, making 132 appearances and scoring 12 goals in that time.

He was signed by Arsenal in October 2020 for £45 million and declared he intended to help the Gunners to get “back where they belong”. His first season with the club was marred with injuries that saw him having to sit out for several weeks on two separate occasions.

He’s hoping to have a cleaner season in 2021-22 so he can get to work pushing Arsenal further up the Premier League table.

Mohammed Salisu Abdul Karim is a 22-year-old centre-back that was born in Accra. He started his senior career at Valladolid, playing for the B team in 2018 before being promoted into the main squad for 2019 and 2020. During his time at the Spanish club, he made 70 league appearances and managed to secure two goals.

Despite signing a contract with the club until 2022, Salisu left Valladolid in August 2020 after Premier League side Southampton paid £10.9 million to release him from his duties in Spain. After announcing the four-year deal with Salisu, Southampton manager Ralph Hasenhüttl declared that the Ghanian was a “future prospect” who could make a big difference for the club.

However, it wouldn’t be until February 2021 that he would make his first appearance for the club, playing the full 90 minutes of a FA Cup game against Wolves that ended with a 2-0 victory for Southampton.

28-year-old Jeffrey Schlupp was born in Hamburg, Germany, but has played for the Ghana national team since 2011. The full back has played his entire club career with English teams.

In 2010, Schlupp made his senior career debut with Leicester City, though he was loaned to Brentford for most of 2011. After returning from being on loan, he remained with Leicester way beyond the end of his initial contract.

After Leicester were promoted to the Premier League, Schlupp made his league debut in the club’s opening game against Everton, coming on as a substitute in the second half. A few weeks later, he scored his first goal in the top flight in a game against Queens Park Rangers.

He was a key member of the team, playing alongside fellow countryman Daniel Amartey, in Leicester’s Premier League victory in 2015-16. He began the season as a left-back but was switched to the midfield part way through the year.

Despite a six-week absence from the squad after a hamstring injury, he returned to play a pivotal role in the successful Premier League campaign, resulting in him being named Leicester City’s Young Player of the Year.

In January 2017, Schlupp moved to Crystal Palace, following former Leicester manager Sam Allardyce. He made his debut in a game against West Ham. Since moving to London, he has made 114 appearances and scored nine goals.