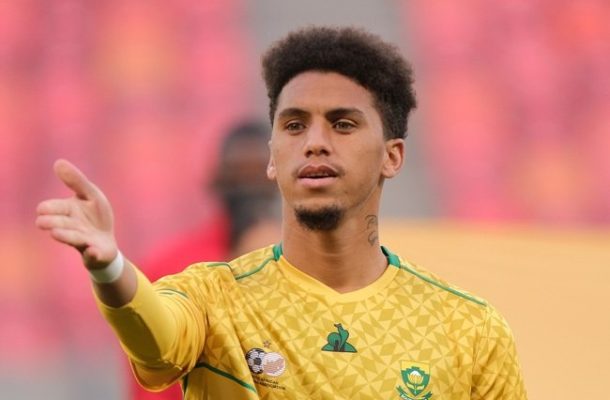 Ghana had a penalty after Daniel Amartey went to ground in the penalty box following a challenge from Rushine De Reuck in the 31st minute although it appeared soft there was a nudge in the back of the Leicester City defender.

South Africa has been incensed by that decision and have reported the incident to  FIFA/CAF alleging match fixing and a carefully hatched plan to cheat them.

The South African Football Association(SAFA) on Wednesday 17th November, 2021 held a press conference about their alleged match fixing and the defender at the center of the penalty storm, Rushine De Reuck accused the referee, Black Star players and even the ball boys of a rehearsed cheating plot.

“It was a big game and we knew what it would mean for the country, and we were ready playing against the best in the world,” he explained.

“But I felt the opportunity to get a good result was taken away. The decisions that were made, it felt like the game was rehearsed – from the referees to the ball boys. We continued to fight.”

Ghana will know their opponents in the play offs stage on December 18the 2021, when the draw is held.