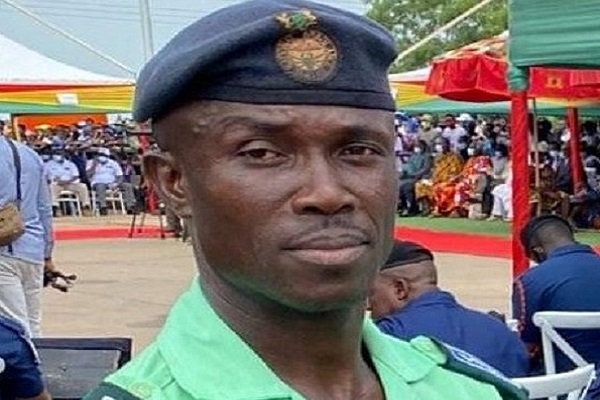 Just like the Police on their night patrols, the EMT equally respond to medical or trauma emergencies with the Ambulance at any part of the night when there is a call, and for that matter, are equally prone to attacks whiles they move in the night without any ammunition to defend themselves. Whether armed or unarmed, as uniform personnel manning the Ambulance, EMTs are a threat to criminals and robbers and can be attacked at any moment whiles transporting patients.

This narrative is not different from what happened to Snr. EMT Abraham Tetteh who was shot and killed in the early hours of Thursday 4th February 2021 whiles transporting a pregnant woman in labour.

According to the press release put out by the Emergency Medical Technicians Association of Ghana (EMTAG) which sort to be the official release to clarify the media space about incident contrary to unverified or premature information gathered by some news outlets like chronicles, online platforms, and the social media, bemoaned the situation while expressing their deepest sympathies to the families of the crew operating at the odd hour. As Contained in the press release, the Somanya Ambulance Station crew was transporting the pregnant woman in labour from the Akuse government Hospital to the Koforidua regional Hospital for further management when the unfortunate incident happened. The EMTAG leaders admitted that the situation has deeply cause fear and panic for all EMTs across the nation and called on EMTs to remain calm and resolved in these trying times whiles allowing the Police Service of Ghana to conduct an investigation into the situation for the law to take its course.

Be that as it may, the spate of crime and killing of officers of the state with reference to the highly vindictive issue of the murder of Major Maxwell Mahama and other mob attacks on Policemen has heightened a big question of growing national insecurity. If Army officers and Policemen are not spared by armed robbers, gangs, thieves, contract killers, mob attacks, what becomes the faith of unarmed civilian who walks around carrying out their daily activities? It made the public to begin questioning the believability of the law and the danger of merely entrusting our lives under the law for protection. If the law and its enforcement agencies cannot protect themselves, how can they protect the people? Or are we pretending not to indicate that full security for some few, means security for all? some lives are portrayed to be better than others? But It is very obvious that when the security men of the state in charge of national security become the target of criminals, armed robbers, gunmen, bandits, and contract killers, the state is incomplete anarchy which has the tendency to plummet all and sundry to take their protection into their own hands by acquiring arms to protect themselves. If at any point, anybody can stop you and plant a bullet into your heard, it guarantees that by equality before the law, you equally have the right to possess arms for the sake of self-defence.

This is exactly in conjunction with the recent firing of a bullet into the heard of an unarmed Emergency Medical Technician(EMT) of the National Ambulance Service, Snr EMT Abraham, who was in high dignity rendering emergency service to a woman in labour. It is quite clear that in as much as service to humanity and the state is a concern, that the nation cannot reward some of these highly dignified officers who in their quest to put their lives online for others, must die in the hands of highway gunmen or mob attacks. Here lies the case that even facilitating the implementation of major category allowances for these gallant high priority workers under the Ministry of Health as contained in the signed collective agreement between Health service workers’ union and MOH and the Ministry of Health is still in a coma. EMTs across the nation humbly appeal to the ministry to pay attention to the grievance of these highly vulnerable but most important workers in the health industry.

I think the nation just forgot one of the bloody moments of our time somewhere May 9th in 2001. The Accra Sports stadium disaster that claims about 126 lives estimated to be the worse stadium disaster in Africa which culminated to the formation of the National Ambulance Service as a fundamental pillar to the definition of the EMS system in Ghana. The relative of the victims that lost their lives during the stampede that took place at the Accra sports stadium are stilling crying even today for the perish of their love ones, because no matter what, it should be understood that human life is irreplaceable and failing to attach that significance to each and every life means that no one among us is worth dying for. It is this disaster that led to the creation of a Hybrid Medical Personnel (HMP) through paramedic and paramilitary training process called an EMT-Emergency Medical Technicians to offer emergency and prehospital care service with the sole purpose of offering timely care during unforeseen circumstances.

Hence, the logic in this tragic death of EMT Abraham Tetteh, if neglected by society, means that all the people who lost their life during the stadium disaster died for nothing.

If an EMT at early hours of February 4th was stopped and short in the eye whiles transporting a pregnant woman in labour, an action which serves as a complete deterrent to ambulance operations and imbuing fear and panic on EMTs who are out to protect patients and accident victims who sustain various degrees of injuries, suffocation, dehydration, and victims prone to bleeding to death during emergencies, is not offered the needed respect by the society and sort to put up measures to prevent future occurrence, I can say without fear or favour that this nation is not worth dying for.

To allow this incident to purely end in the hands of the management of National Ambulance service all in the name of “Occupational hazard” and not bringing the perpetrators to book, can become a serious disincentive for people joining the service and for that matter gradually grinding the wheels of the service to a halt to orchestrate the emergence of the like of the stadium disaster in our public gatherings.

This also means that EMTs will begin to put safety first as high priority in their operations and strictly avoid referral or emergencies that compel them to move at odd hours only to the detriment of the sick and an entire crew. It is unfortunate that despite all these issues happening to EMTs both the state and the society are yet to place the service where it actually belongs in matters of health and can’t even recognize the criticality and the risk that accompanies the service. This tragic incident is by far, a security issue than just occupational hazard that has to be handled by only the leadership of NAS.

By this, EMTs will begin to avoid such emergencies that put their lives in danger, or avoid to respond to some emergencies that occur at odd times. Here is the case, EMT Abraham Tetteh saved the pregnant woman and the unborn child at the peril of his life by responding to the call at an hour that was dangerous giving the distance that he was supposed to travel. By the nature of the Job, EMTs are entitled to both travelling and medical allowances but will the bureaucracy in the health sector, this seem to be daydreaming. Even, lives that were lost during the just-ended election received more attention than the attacks on lives of EMTs and ambulances in various parts of the country in their quest to attempts to saved lives at the expense of their own lives.

We called on state authorities, the Ministry of Health, the Ministry of the interior, and Parliament house of Ghana to show high priority interest in the plight of the EMT especially this case to ignite inspiration for EMTs whiles help bring the perpetrators to book. This pregnant woman could have been a relative of any person in high authority and all EMTs across the nation are closely looking at the response to this particular case, and lessons that we can learn from it going forwards. It should be taken into consideration that so far us security issues are concern, the Ambulance can be hijacked and used for strategic criminal activities which open the lives of ambulance operators to encountering robbers and criminals in their line of operations. Maybe if EMT Abraham was having a weapon to defend himself, he would have made efforts to protected himself such that he could continue his life-saving mission. So EMTs are thinking of having combatant EMTs in their midst whiles undertaking operation, at least to provide anchor security prior to the intervention of either the police or military during attacks like this one that took away the life of Snr. EMT Abraham. Criminals coming to understand that EMTs doesn’t wheel weapons during operation and the fact that the Ambulance can be of importance for criminal operations open way for more of such incidence to be happening, otherwise what will highway robbers be looking for in an ambulance to the point of shooting the driver?

Since EMTs cannot stop their operations, it wouldn’t surprise the public to understand that EMTs in their individual capacities will find ways of protecting themselves. If the criminals that shot down the Ambulance and EMT are still walking freemen, I am very much sure that more EMTs a are likely to lose their lives following the tendency for future attacks. To manage a strategic tool like the ambulance without any strategy for protecting the crew from hijackers and Robbers amount to suicide missions in operation. We will not watch for something of this sort to repeat itself. EMTs must defend themselves so that they can defend their job and the lives of people going through critical health and life threatening situation in the Ambulance during operations.