The Sekondi-Takoradi we didn't meet! 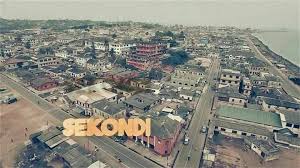 In the Gold Coast and later Ghana, many were those who wanted to either visit, live or retire in this city. Today, even in the pale shadow of itself, Sekondi-Takoradi remains a place people long to visit, for at least, once in their lifetime. But, what made Sekondi-Takoradi the go to city, like the glorious days of ancient Babylon in Mesopotamia?

The city at a glance

The population in the 1920s through to Independence was not as the 1 million inhabitants we have in present day Sekondi-Takoradi. The city was small in terms of population, but there were industries that were scattered around which provided jobs and satisfaction to the inhabitants.

There were those working with the Takoradi Flour Mills. When you get along the shores, here lived the famous “Sekune” Mpoano Sea Men, among who some would stowaway and return big. You know, it was not out of nothing that the movie “Deadly Voyage” was staged in New Takoradi.

On a typical weekday mornings, busses from Dupaul at Apremdo, GDC along the Apowa-Beahu highway, Prime Wood, John Bitar, which had a staff strength of 1,290 as at 2005, Rad Timbers, Past Timbers etc shuttling between Kojokrom, Effiakuma, New Takoradi, Sekondi, Assakae, Apowa [in particular], Anaji etc. to pick workers for the morning shift and to drop off those who were returning from the night shift.

You would also see many school buses like that of Young Christian School, Chapel Hill School; the alma-mata of Papa Owusu Ankoma and his contemporaries, picking school children for class. At the time, Young Christian School and Chapel Hill School were the Agyiba, St. Peters or the Takoradi International Schools of our time. [No malice to all other big schools in their own right today].

Eateries such as 11/11, Pipe Ano Chop Bar and many others were among the popular go to eateries in town.

Kansaworado, BU, Diabene and Nkroful were typical villages which were left for farmers and people of the lower class, whereas Beach Road, Assikafo Ambatem areas, Sagoe and those areas were reserved for the well to do.

The location of Market Circle was not by accident, as it was close to people in the middle class, and its proximity to workers of the Habour and Railways.

Weekends in Sekondi-Takoradi were a whole new level! The music! Workers of different industries would cool off in nightclubs and pubs and to meet paddies to talk business, life, family, and on a lighter note, women. Whilst at that, they enjoyed their favourite chilled 1931 and Star Beer with tunes and performances from Paapa Yankson, Charles Kofi Mann [CKMan] Gyedu Blay Ambuley and other coast bands! These musical legends and their bands threw the city into non-stop jams on weekends!
You love Soccer? Here you are; Hasmal and the Western Show Boys!

You know, the foundation of Sekondi Hasaacas Football was courtesy six railway workers. Fact is, the name Hasaacas came from some individuals who were Railway workers in the early 1930s. They decided to use the first letters of their names to form the name of the club., thus “H.A.S.A.A.C.A.S”,namely Hammond, Amua Sakyi, Adotei, Allotey, Cann, Adotey and Sackey, forming the club Hasaacas in 1931.

Interestingly, Most of them were Supporters of Accra Hearts of Oak but migrated to Sekondi-Takoradi mainly because of the Railway work. Railways was everything!

Amoah Sakyi was a High Court Judge and was named as the Club Board Secretary. Cann was also a Lawyer by Profession.
Whenever they scored, their supporters instead of saying Goal, will shout "Doooo" hence Hasmal, we go doooo"!

Make no mistake! Before "Dooo", there was the Western Show Boys; the present day Sekondi XI Wise! The club was formed in 1919, deriving its strength, also from Railways workers in Sekondi.

Inspired by burly forward player Edward Acquah, Eleven Wise won the national league in 1960 after two fruitless attempts. The formation of model club Real Republikans in 1961, robbed Wise of their livewire, Edward Acquah and the “Show Boys” made a poor show in the defence of the league title.

See, these two teams made their names for their sterling performances on the pitch of Gyandu Park. Peeps, weekends in Sekondi Takoradi were a bliss of football times!

Today however, at the time when the population of the metropolis is growing bigger, it is also the time almost all the industries had collapsed. The timber industry is gone!

Railways followed, and so the two famous soccer teams! After all, they came when Railways was thriving, and so it makes sense somewhat that when railways left, they "followed"!

Takoradi Habour became the “first shall be the last” when Tema habour came in the 1950s.

The Takoradi Flour Mills is no longer what it was years back.

Sekondi-Takoradi took a downward trend, and since then, there has not been an end in sight. Many of its citizens have left it for greener pastures elsewhere. What an irony! The city that was the dream place of many is today, deserted by its own sons, just like Babylon, which reels from its past Mesopotamian glory!