The shame of Afghanistan's virginity tests 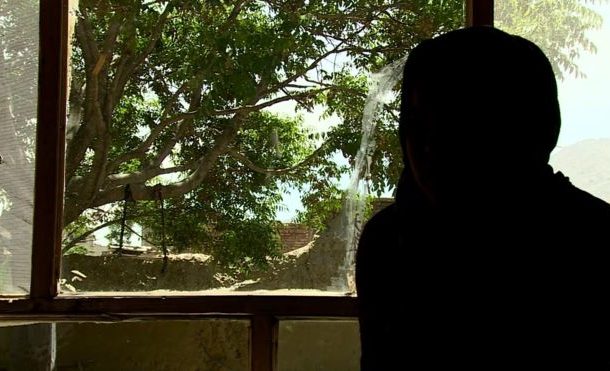 Neda, 18, took a lift home with two male friends and was later forced to undergo a virginity test

"My life has been turned upside down. I used to have a good life. But now everything has changed for me."
Neda sits on a threadbare Afghan rug. A shy 18 year old from Bamiyan in central Afghanistan, she adjusts her headscarf as she recalls the day doctors forcibly subjected her to an intimate and degrading "virginity test".

It was 2015 and she had just finished a late-night theatre rehearsal. The walk home would have taken nearly two hours. So, together with another girl, she accepted a lift from two male friends.

Coming from a working-class background, Neda says her weekly pocket money didn't cover her everyday costs. Her mother often asks her to go without lunch if she has to pay for a ride back home.

After receiving a complaint, Bamiyan authorities suspected that they had engaged in premarital sex on their journey back home. Neda and her friend were taken in for questioning.

"I was accused of debauchery and sent to the medical centre for a virginity test," Neda says as she clasps her hands around her tea cup.

The doctors reported that her hymen was still intact. Her case, however, is still travelling through Afghanistan's judicial hierarchy.

Neda has been cleared of the charges by the local prosecutor's office. But, astonishingly, her case now has to be ruled on by the state Supreme Court. It is yet to make a decision.

'No place for tests'


Despite the absence of official statistics in Afghanistan, anecdotal evidence suggests that the tests are a common occurrence.

Bobani Haidari, a gynaecologist practising in Bamiyan Province, told the BBC that she can be asked to carry out 10 virginity tests in a single day.

Some women are reported to have undergone multiple tests.


The tests, often done without a woman's consent, have drawn widespread condemnation, with opponents saying they are inhumane and fail to protect the dignity of women.

Studies have also discredited the practice. The World Health Organization says "there is no place for virginity or 'two-finger' testing" as it has no validity.

"Virginity tests don't have any scientific basis and should be banned. The test is in violation of the country's Constitution, Islamic law and international regulations," Soraya Sobhrang, a commissioner at the Afghanistan Independent Human Rights Commission, told the BBC.

The practice has given rise to underground businesses that promise to restore women's virginity by repairing their hymen. As well as being illegal and invasive, it is also dangerous and expensive.


Neda still struggles to talk about what happened, even two years on.

"Even if you haven't done anything wrong, this is a very difficult examination," she says as she nervously plays with her hands in her lap.

"But it was made even more insulting for me as I knew the local doctors at the clinic. I was so ashamed. I knew I hadn't done anything wrong but I was still so embarrassed."


Women are expected to remain virgins until marriage in Afghanistan's deeply conservative society. A woman's virginity remains a highly prized possession, seen as a symbol of modesty and purity.

Women believed to have had premarital sex face public shame, prison, or may even become victims of so-called honour killings.

Forced virginity tests remain legal despite President Ashraf Ghani's pledge to end the invasive examination. The test is frequently ordered by prosecutors and law enforcement officers in cases where women are accused of committing "moral crimes".


Afraid of what other people thought about her in the wake of the test, Neda became a recluse and started skipping school.

"Because I was a good student, I used to have a good relationship with my teachers. But after the test I thought all my teachers were judging me. Even all of my best friends kept a distance from me. It felt like everybody hated me.

"Everything has changed now. I have drifted apart from all of my friends."

She continues to feel guilty about her situation and says her family blamed her for bringing shame and dishonour to their name.

"My mother told me because of what I had done they had to deal with courts and law enforcement. My family has to hang their heads in shame… and that's all because of me."

Despite her experience, Neda is determined not to be beaten by her ordeal.

"This test destroys the lives of young girls. It doesn't really have an impact on men. But it destroys all future prospects of a woman.

"I will do my best to fight it. I will continue my singing in the theatre and will try to make a better future for myself… but I can't be sure what the future holds for me."