The sky is the limit for Tariq Lamptey - Graham Potter 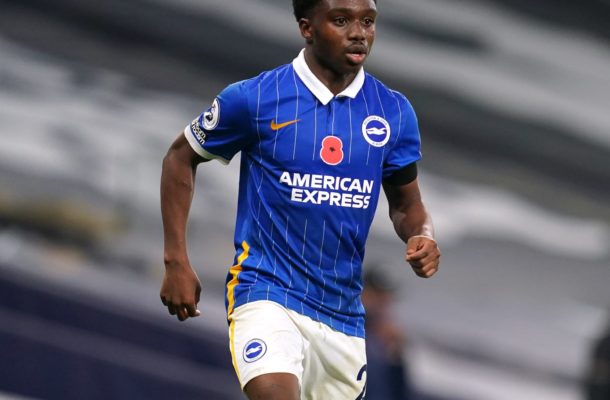 Brighton and Hove Albion coach Graham Potter says that the sky is the limit for injured full back Tariq Lamptey who is very close to a return after missing almost a year of football.

The 20 year old defender had a terrific start to his Brighton career with impressive performances but was soon hit with a spate of injuries.

The former Chelsea youth player in March this year underwent a surgery to repair his damaged hamstring.

Lamptey, 20, has been sidelined with the hamstring problem since the middle of December last year and underwent an operation in London in Mrch to fix a tear to the tendon.

'I think it is something we have to be happy with because it means he is back playing, and he is fit,' Potter said. 'It is a conversation between Tariq, Lee and the medical guys.

'We are always a club that supports international football and players playing for their countries, so we would be delighted with that.'

The full-back played 45 minutes against Swansea in in midweek, his first taste of first-team action since December last year.

Potter revealed Lamptey's emotions ranged from disappointment to anger during his injury absence and gave credit to his mental strength and character.

'Everyone here would just say the same, everyone loves him. When you have that feeling for someone you want everything to go well for him.

'I must say how he has conducted himself, how he has worked, it is inspirational really to everybody. His resilience, his mental strength and his capacity to deal with adversity - I think that is credit to him and his family.'

Potter still remained cautious in rushing back Lamptey and he is likely to start on the bench in Monday night's match at Crystal Palace.

'It's important not to look too far ahead and is important to have a plan about how to deal with him.

'Now it is about staying as focused as we can and being as present as we can with him, not getting carried away with anything and just seeing if we can get him on the pitch for us.'