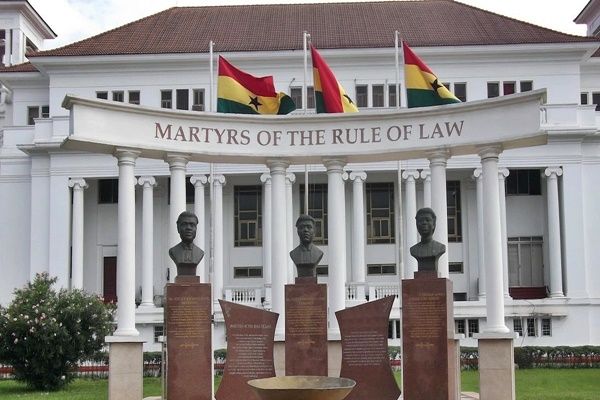 The Supreme Court is not a haven for accountability. It is the Public Accounts Committee where such matters are dealt with.

If you have enough justification or compelling reasons to ‘nail’ Jean Mensa for not being accountable to the good people of Ghana, you’d do all of us a world of good to petition Parliament’s Public Accounts Committee for same to be addressed.

It is strange how you have allowed yourself to be cajoled by the bandwagon effects of the propaganda being bruited around by the NDC to also believe that Jean Mensa is being shielded.

It beggars belief that you seem to opine that Jean Mensa is running away or being shepherded somehow when you have failed to ask yourself the most pertinent question about this whole petition.

Is Mahama in the Supreme Court asking Jean Mensa to account anything to us? No! He is there claiming that she did not live up to expectations as far as the constitution is concerned. He is also saying that Jean Mensa padded some 5000 votes for Akufo-Addo but strangely enough, he hasn’t been able to prove this.

What you and Mr. Mahama have failed to realize is the fact that you don’t question a public officer or any other person for that matter in a vacuum. You come to the table with empty hands and expect to go home with your pockets filled with enormous amounts of goodies?

Mr. John Mahama, in case your prejudiced mindset has blindfolded you, has supplied no evidence to buttress his case in court. He has accused Jean Mensa of some infractions without adducing evidence. How do you expect the Chairperson of the Electoral Commission to respond to allegations which have no facts backing them?

Get this into your mind, Jean Mensa believes, and this is what those with legal backgrounds also believe, that there is nothing to answer to since Mr. Mahama supplied no hardcore evidence to support his case.

It is commonsensical and legally true that in such cases as we are bogged down with, the burden of proof is on the accuser and not the accused. Mr. Mahama is the accuser and he is solely responsible for proving that indeed he has a strong case. He has failed to prove same.

If I were you, I wouldn’t speak to matters whose technicalities cannot be grasped by my mind. Sir, even Homer nods!

In effect, Jean Mensa is not fleeing from defending her work and neither does she need to mount the witness box since no one has brought anything worth defending herself for.

P.K.Sarpong, Whispers from the Corridors of the Thinking Place.