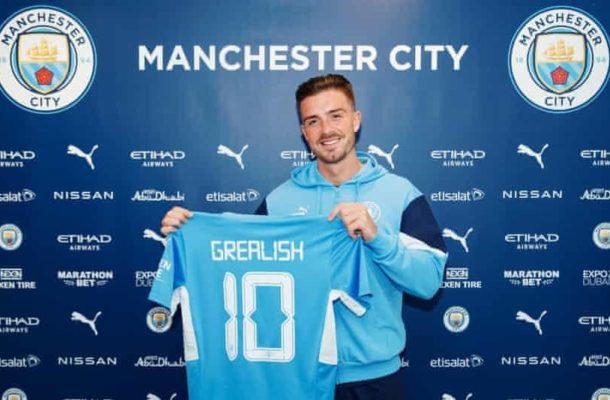 Money makes the world go round, which could not be more accurate than in the English Premier League. Today we will visit the highest prices football transfers of all time, including the latest record-breaking transfer fee for Aston Villa's former star man, Jack Grealish.

Jack Grealish has broken the hearts of his hometown fans and the club he's supported for all of his life but turning down an offer from the EPL's most dominant squad proved too much for the Aston Villa talisman to turn down.

Grealish was side-lined for nearly half the season last term but still managed to score 7 goals and provide 10 assists. He then assisted England in reaching the Euro 2020 finals, raising his stock to new heights.

Be sure to find the safest and reliable sportsbooks for this forthcoming EPL season because tipping Grealish as a player of the year could be a punt worthwhile.

Paul Pogba was underwhelming during his debut for Manchester United during the 2011/12 EPL season; Juventus swooped in and made great use of his services, delivering 28 goals. It wasn't long before The Red Devils came crawling back, and in 2016 they broke the current signing record to bring him back on board.

Following a four-year stint at Juventus, Pogba's return to United caused a social media hysteria upon his return. However, the French international hasn't justified his price tag, and his current deal is running out.

When Jose Mourinho was holding the reigns for Manchester United in 2017, he paid £75 million for Lukaku with £15 million in additional fees. The Belgium star proved his worth by scoring a total of 27 goals in all competitions.

Despite becoming one of the Premier League's most proficient and promising goal scorers, Inter Milan acquired his services at a £15 million discount in 2019.

An incredible Serie A title-winning season for Inter Milan last term and a top goal-scoring campaign for Lukaku has boosted his stock even more, as Chelsea come close to bringing him on board.

Should Chelsea finalise a deal with Lukaku, he will replace Paul Pogba as the second most expensive EPL player of all time, as Inter Milan have allegedly accepted a £97 million bid from Thomas Tuchel and his London side.

There hasn't been a defender in the history of English football who's garnered such a hefty price tag than English born Harry Maguire.

Between 2017-2019, Maguire played a crucial role in Leicester City's shocking Premier League title victory. After 69 appearances, he scored 5 goals as a defender and was the heart of the defence for the midlands club.

Leicester City's return on investment was huge, initially paying £12 million for the centre back from Hull City. Whereas Manchester United had to splash £80 million, and it was a record-breaking transfer fee for a defender signing Maguire on a five-year deal. He instantly became the United captain, and his advancement as a player has continued ever since. He's become the bread and butter of United's defence whilst also impressing England fans at the recent Euro 2020 championships.

If anybody can challenge Manchester City for their Premier League title this season, it must be Chelsea. And with the likes of Kai Havertz on the squad, who could soon be playing alongside Romelu Lukaku, I wouldn't take a rocky first season for the German midfielder to heart.

It was viewed as a significant accomplishment when Chelsea signed Havertz; some of Europe's most prestigious clubs had bid for the Leverkusen star. Despite the interest elsewhere, Havertz decided to join the West London club and aged just 22-years-old, his room for growth has no ceiling, especially under the tutelage of Thomas Tuchel.

Between 2016-2020, Havertz made 118 appearances for Bayer Leverkusen and netted an impressive 36 goals during his late teenage years and early twenty's. For this reason, a £75 million value on such a young player was justifiable.

The German didn't have the brightest start at Chelsea, but after contracting Covid-19 early in the season, it's hard to give him much scrutiny. The second half of the season was a turnaround, and Havertz began to deliver the goods with Thomas Tuchel expertly utilising his players' key strengths.