There are no offers for Felix Annan - David Obeng Nyarko 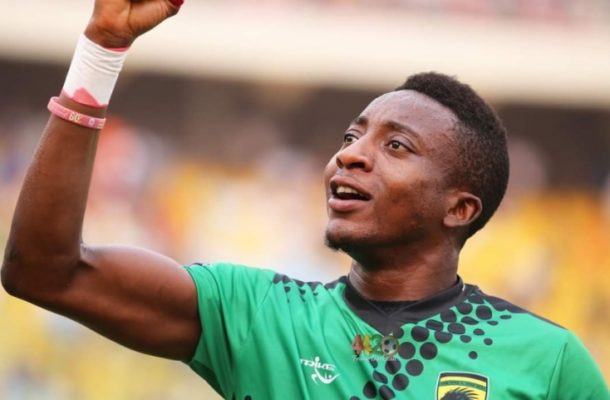 Kumasi Asante Kotoko captain and goalkeeper Felix Annan has been linked to several clubs as currently he has been ousted as the number one goalie.

Acting Communications Director of Asante Kotoko, David Obeng Nyarko has rubbished reports that the player is set for the exit with the club having received offers.

The goalkeeper has been on the periphery of the first team due to injuries and the impressive form of Razak Abalora who has been in good form.

Felix Annan has been linked with a move to Medeama SC as replacement for Eric Ofori Antwi whose contract with the club expires at the end of the season.

Since the appointment of Portuguese trainer Mariano Barreto, Annan has not kept post for Kotoko and has been excluded from the match day squad on several occasions.

The club's spokesperson has denied reports that they have problems with their captain and have received offers for him.

"Kotoko has not gotten any official offer for Goalkeeper Felix Annan and there are no issues between management and the goalkeeper," he told Kumasi based Angel FM.

The former WAFA player was part of the Ghana squad for the 2019 AFCON.