There's no ban on small scale mining, go back to work if you've license" - Minister 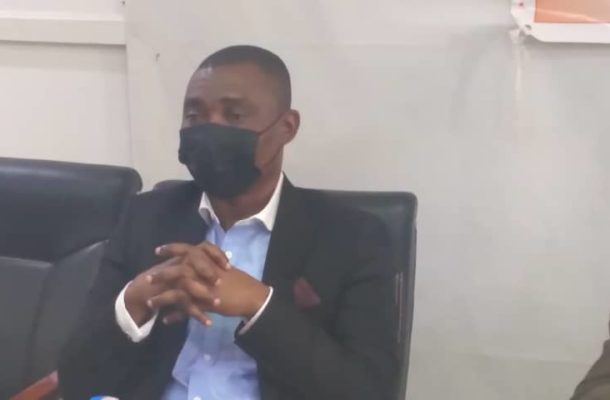 The deputy minister of lands and natural resources, Mr George Mireku Duka has said small scale miners who have an approved licensed can go back to work beginning Thursday, 22nd July, 2021.

He made this pronouncement in a dialogue with Small Scale miners held in Kumasi.

“All small scale miners can go back to work if only you have an approved license.”

The minister in charge of mines made this claim in a dialogue with the Ghana National Association of Small Scale Miners (GNASSM) in Kumasi, Thursday July 22, 2021.

According to him, the government of Ghana has not banned small scale mining as many thought however there is a ban on illegal mining.

"There's no ban on small scale mining but there's a ban on irresponsible mining." The minister reiterated.

He said, the Akufo-Addo government is committed to ensure appropriate mining in the country hence the deployment of operation halt to stop illegal mining ( galamsey).

The minister has however charged members of the association to embark on a responsible mining.

He declared that, the ministry is going to establish a taskforce to do a periodic checks on various concessions of miners. The task force will however, arrest and take away concessions from irresponsible miners.

Mr George Mireku Duka further revealed, the ministry of lands and natural resources together with minerals commission will meet small scale miners quarterly for dialogue on ways to improve upon mining in the country.

He unveiled that, the ministry is going to establish an award scheme to praise miners who did appropriate work on site in the year. The awards will be done in November this year.

The minister said, the government is committed to work hand in hand with GNASSM therefore it will involve them in community mining.

He subsequently cautioned members of the association to stop patronising foreign nationals to indulge in irresponsible mining.