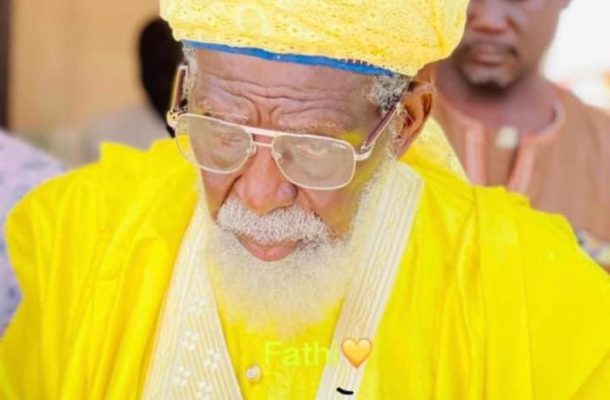 The National Chief Imam Sheikh Osman Nuhu Sharubutu has expressed worry over the continuous "mistreatment" of Muslim students across some Senior High Schools, questioning the genuineness of kindness shown to him in public by the Christian community.

According to the Chief Imam's spokesperson, Sheikh Aremeyaw Shaibu, the Grand Mufti of the country feels disappointed over the constant reports of religious discrimination against Muslims in some public schools.

It comes in a reaction to viral reports that Muslim students in some Christian-established schools are denied rights to practice any Muslim form of worship, especially at Wesley Girls.

The usually calm and soft-spoken Chief Imam who hardly reacts to such issues appears to have had enough as he was directly quoted by his Muslim cleric spokesman, Sheikh Aremeyaw Shaibu who revealed that the Chief Imam is highly disappointed in the situation.

“Anytime Chief Imam hears this he feels disappointed, he feels worried, and when he calls and talks to me he’s like [‘these are the people that they hail praises on me, they show me great respect anytime, but my grandchildren are in their schools, and my grandchildren are not treated well,”] he told Benjamin Akakpo on AM Show, Friday

According to him, the recent incident involving the Wesley Girls’ Senior High School’s refusal to let Muslim students partake in the ongoing Ramadan fast has caused the Chief Imam so much worry.

He called for respect for diversity.

“And I think that as teachers even within the mission, we’re told that compassion is something that we all uphold, and I find a contradiction when Muslim children are in Christian schools and Christians who uphold the virtues of compassion and respect for human dignity will not be able to look at within the frame of their discipline to also respect the diversity in it,” he said.

Despite the religious diversity, the country's public schools are one unique platform where Christians and Muslim have largely come together to interact.

Recent happenings have triggered a call for Muslims to withdraw their children from such public schools, which were established by Christians.

But sections of Ghanaians have equally raised concerns over the future of the peaceful coexistence of Muslims and Christians in the country.

Sheikh Aremeyaw Shaibu, following reportage of mistreatment of Muslim students across the country, the office of the Chief Imam has started recording the names of schools where the abuse of Muslim students occur in order to go into talks with their school heads to find an amicable solution.

He said, “Meek as he is, the Chief Imam will never tell you to go and shout, go and do that but he feels disappointed and I feel disappointed.”

“I have been a teacher, and I understand the psychological implication of this, any child you mistreat within the school system, the psychological impact on his being as he grows further, just like a child who is abused in the house for too long or a child who is exposed to abuse or he sees his father slapping his mother, kicking his mother, that child will grow to become a violent person when he gets married. The same thing any child who is mistreated, treated with indignity, disrespect, his rights are abused, that child will grow never to see anything wrong with abuse of human rights,” he added.