They're after me; I'll kill myself - Lady who bit off alleged robber’s penis cries out 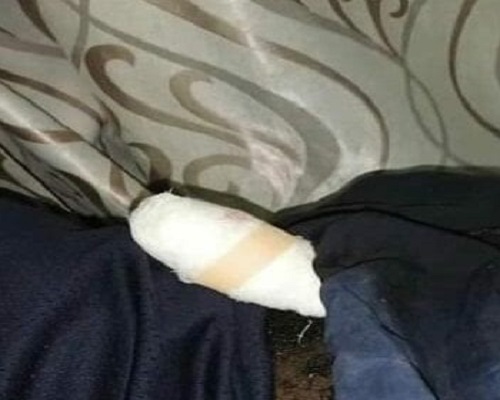 The lady who bit off the penis of an alleged armed robber last year is living in danger as she says she has been receiving several death threats after the incident.

“They are after my life, they have been calling and threatening me with death…I think I just have to end my life because, I do not have any protection now.”

The victim, 24-year-old Justina Donkor, bit off the penis of the alleged robber at Abompey in the Obuasi municipality in the Ashanti Region.

Speaking on Akoma FM’s morning show GhanAkoma ,Justina Donkor told host Aduanaba Kofi Asante Ennin that committing suicide has been on her mind as she believes life has been difficult with total neglect from society.

Her latest ordeal she explained was a motor accident that has rendered her incapacitated and helpless.

“I was returning from Accra, when I reached Obuasi. I hopped onto a tricycle to home. All I saw was that a private car from nowhere knocked the tricycle and sped off.

“But for the timely intervention of passers-by I would have been dead by now.”

She explained her situation keeps worsening from rape to accident, which makes the thought of committing suicide haunt her.

The victim, chronicling what has become of her life after her rape incident, added that life has been very difficult especially as all hopes seem lost.

Adding a sting to her daughter’s sad story, mother Hannah Owusu, however, expressed disappointment at the Ministry of Gender, Social and Children Protection.

She explained that ”when the rape incident surfaced, the ministry contacted us and promised to relocate my daughter to avoid stigma but after they took her to Accra for a week they neglected my daughter”.

She believes the Ministry has failed them.

The victim further appealed to the general public for swift intervention to ensure her life is back to normal.