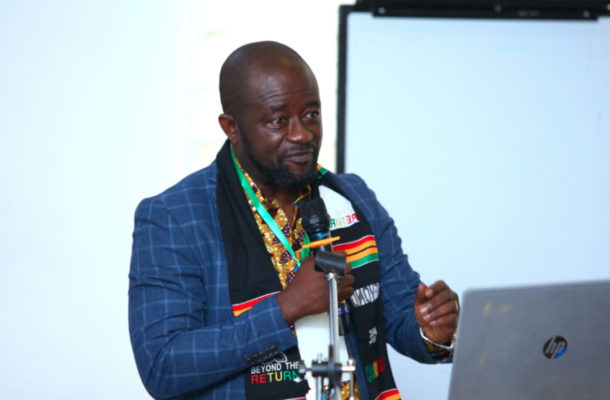 President of the Ghana Football Association(GFA), Kurt Okraku has taken a swipe at the Bafana Bafana team as the worst he has seen the last five years.

He also adds that this poor South African side don not deserve to qualify for the World Cup that is why they missed the play offs.

President of the South African Football Association(SAFA), Danny Jordaan and his surrogates on Wednesday held a press conference making malicious and reckless claims against the Black Stars after their defeat to Ghana at the Cape Coast Stadium last Sunday.

South Africa is seething with rage after what they termed match fixing and a rehearsed cheating which was perpetrated by Senegalese referee Ndiaye Maguette, Black Stars and even ball boys which benefitted Ghana in reaching the play offs of the 2022 World Cup.

SAFA has lodged a complaint with FIFA requesting that the results of the match be annulled and a rematch ordered between both sides.

The GFA on Thursday in a strongly worded release hit back at the South African Football Association(SAFA) for being reckless, disrespectful  and deceiving its fans for their failure among others.

During the launch of the Ghana Women’s Super Cup competition and the U-17 Inter Clubs competition at the FA Headquarters, Kurt Okraku  also hit back at his SAFA counterparts as being “disrespectful to a powerful football nation like Ghana” and says the disrespect must end.

“This is the worst South African team I have seen in the last five years and they do not deserve to qualify. I am so angry about their attitude and they are so disrespectful about the quality of things we have here in Ghana”.

“It is not correct for people to show so much disrespect to a powerful football nation like Ghana and this must not happen again,” he said.