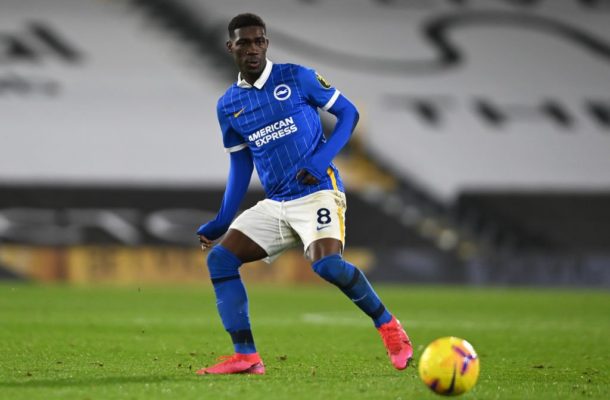 Since joining the London side in August, it has been a stop start approach for Thomas Partey with niggling injuries impeding his progress at the club.

Arsenal legend, Ian Wright thinks his former side can get the best out their midfielder if they sign Brighton and Mali International Yves Bissouma who has been in good form this season for the Garry Potter's side.

Thomas Partey has failed to produce anything closer to what he showed or demonstrated at Athletico Madrid that forced Arsenal to stump up 50 million euros for him.

“You need someone next to Partey of real calibre. People keep mentioning Bissouma, if only,” the former striker said in an interview with the Optus Sports’ Kelly and Wrighty Show.

“Someone like Bissouma, but Arsenal have to be in European competition.

“We need that player next to him, we want to play out the back – get it to Partey, and have that solidity of Partey and – I know I’m dreaming, but Bissouma – to get the people to a player like [Martin] Odegaard, if he stays. A massive if", he added.