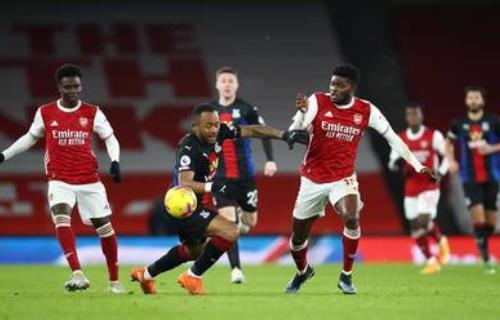 Arsenal midfielder Thoma Teye Partey made his long awaited return from injury on Thursday night when his side Arsenal faced Crystal Palace in the English Premier League clash at the Emirates Stadium.

The player has been sidelined with an injury since going off in a Premier League game against Manchester City in December last year.

He was expected back in Arsenal's third round FA Cup game against Newcastle United over the weekend but was not in the squad.

Partey resumed full training with the rest of his teammates last week but made his first appearance on Thursday night when he replaced Dani Ceballos in the 69th minute of his side's goalless drawn game against Crystal Palace.

He was unable to do much to change the fortunes of his side in the game but got valuable game time in his legs after a long lay off.

Thomas Partey since joining Arsenal has made 7 appearances for his side in the English Premier League with injuries restricting the Ghanaian.