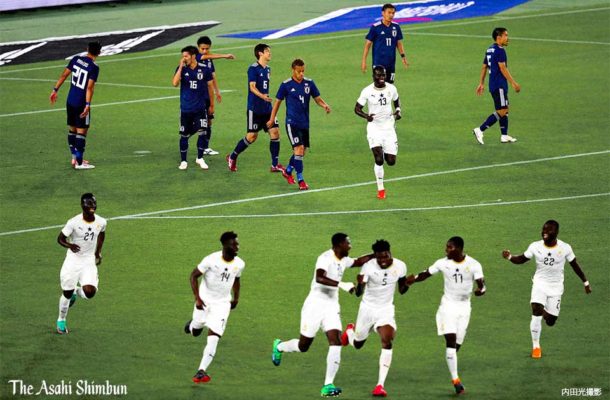 Ghana captain Thomas Partey gave the Black Stars an early 1-0 lead in their 2018 World Cup warm-up against Japan on Wednesday.

The Atletico Madrid midfielder curled in a superb free-kick from the edge of the box to give the four time African champions the lead in the match in Yokohama.

Partey was having the chance to captain the side in the absence of several top players and he made his presence felt when his free-kick in the 8th minute left the keeper sprawling.

The game was balanced with the Black Stars showing a lot of movement while the Japanese looked dangerous on the break with the defence containing their threat.

Japan had their biggest chance of the first half when Keisuke Honda was left one-on-one with keeper Ricahrd Ofori who saved the situation with his legs.#