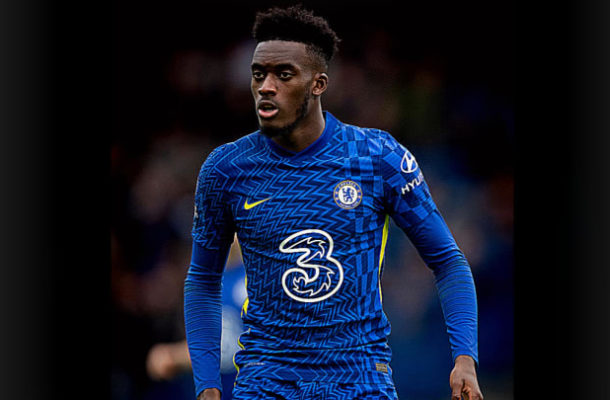 Chelsea manager Thomas Tuchel has leapt to the defence of his young winger Callum Hudson-odoi about his decision not to play for the England U-21 side.

The England born Ghanaian winger has decided not to play for the England U-21 side as he rejected call ups in October and November during the International break.

His decision has led to criticisms from some former England players but his club manager says that the player should be left alone to make his own decision.

The 21 year old winger has played three times for England but his International future is still up in the air as he has courted interest from Ghana.

“It is Callum’s choice in the end, and I will not interfere and be the guy who decides for him.

“The best way to talk is with performance on the field, and the next chance is tomorrow, so the minutes he gets — if he gets minutes, he has to take it and let the quality speak for itself.

“He has decided to stay here [during the international break] twice to have the possibility to impress us and, from his point of view, the chance to [secure] his starting position.

“So fair enough, and I hope nobody takes [his decision] personally.” He said.