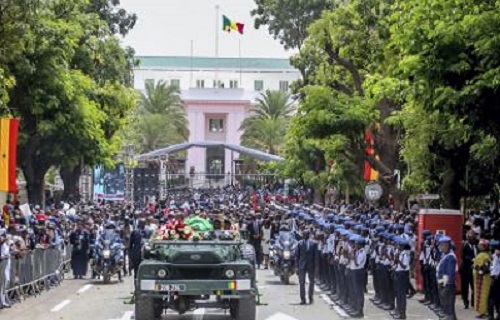 Dakar, Senegal (PANA) - Leaders of the Togolese Diaspora movements and associations in the United States have rejected the procedure used by the Togolese authorities to set up a High Council of Togolese Abroad (HCTE), according to a statement made available to PANA in Dakar, Senegal, on Monday.

In particular, they believe that the establishment of a representative body for all Togolese people living abroad should have been preceded by consultation with associations and organisations with legal status in host countries.

For example, they blame the Togolese Ministry of Foreign Affairs, accusing it of having preferred to create an electronic form to collect data relating to diaspora voters and delegated candidates within the HCTE.

For them, this approach has "serious shortcomings" and opens the way to the risks of exclusion of Togolese citizens by electronic voting, to the risk of falsification and a fictitious electoral file, not to mention that it they believe that corruption is high.

In fact, Togolese people in the United States advocate a participatory and inclusive approach, believing that the success of the HCTE implementation process is based on ongoing consultation between the Ministry of Foreign Affairs and the legally constituted organisations of the Diaspora.