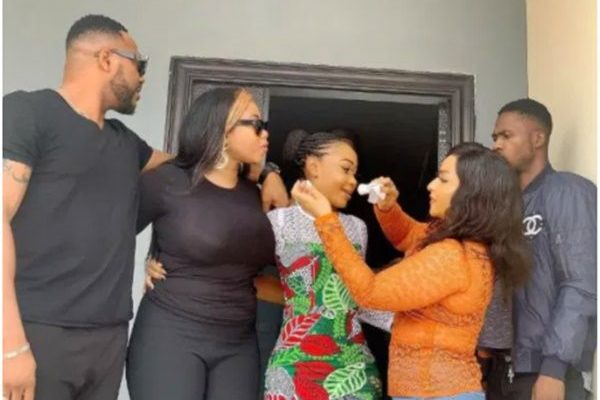 Ghanaian actress and socialite, Akuapem Poloo has been released following her appeal at the Accra High Court.

Akuapem Poloo has been granted GHC 80,000 with two sureties, suspending her 90-day jail term until her appeal is heard.

Some Nigerian celebrities; including Nkechi Blessing, and comedian Josh2Funny have composed a song for Akuapem Poloo.

Before Poloo’s sentencing, she is said to have travelled to Nigeria for an acting project. Her short stay with the celebrities in Naija seems to have won her too many admirers.

Watch the video below;