TRAGIC: Ten killed, others in critical condition in gory accident 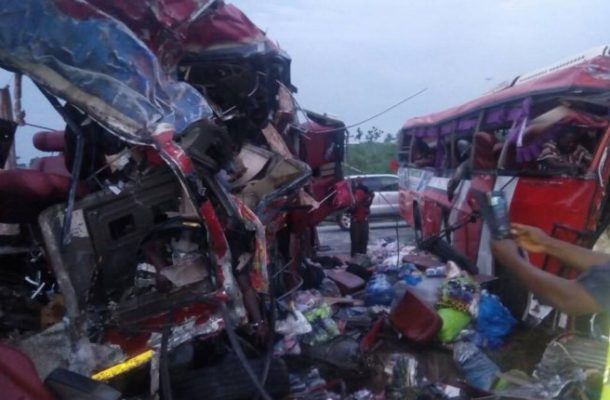 Ten passengers have been confirmed dead while several others are in critical condition following a fatal accident that occurred at Mankron, a community near Suhum along the Accra to Kumasi highways Wednesday morning.

It is not immediately known what caused the accident.

Meanwhile a Joint Rescue team made up of personnel of the Police, NADMO, and Fire Service are currently at the scene retrieving the dead bodies and the injured from the mangled vehicles to hospital.