Trouble for Ghanaian Businessmen in Nepal 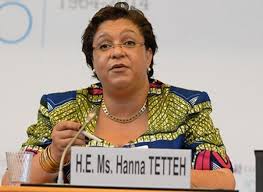 Ghanaians visiting Nepal may soon have to explore other available alternatives as Nepalese Authorities have barred Eight African countries including Ghana from acquiring  tourist visa on arrival at the entry points in country,.

The move is part of the country's efforts to curb the growth of criminal activities by foreigners across its borders.

According to The Nepalese Department of Immigration, Foreigners visiting Nepal are eligible for tourist visa on arrival at the entry points except for those from Ghana,Nigeria,Zimbabwe, Swaziland, Cameroon, Somalia, Liberia,and  Ethiopia.

Other countries ineligible to acquire  tourist Visa are Iraq, Palestine, Afghanistan and Syria.

During a press conference held on Tuesday at its office in Kalikasthan, the department officials said the existing shortcomings in Nepali immigration law and its implementation are responsible for the growth in criminal activities by foreigners including human trafficking, visa overstay, use of fake passports.

"Among the tourist visas issued this year, the largest number went to Chinese tourists." He added.

"The Department has registered 661 immigration-related complaints in different 661 cases, 71 tourist were charged-sheeted for forging visas and passports, 45 were deported and the number of tourist staying in Nepal without visa were 236 during the last fiscal year."