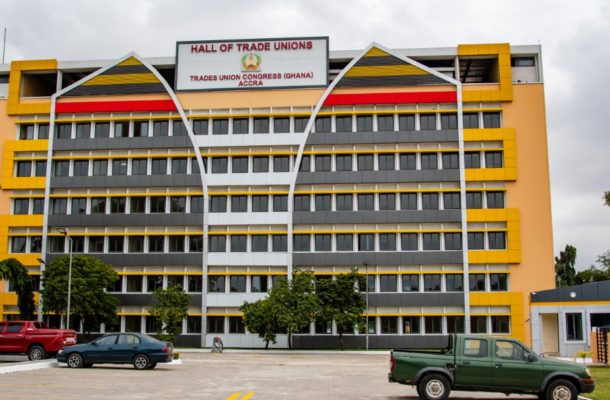 The Trade Union Congress, (TUC) is assuring workers that a favourable deal will be reached among government, workers and employers as the National Tripartite Committee meets to determine the new National Minimum Wage.

The team has two weeks to come out with its final decision on the minimum wage.

The Secretary-General of the TUC, Dr. Yaw Baah, has said other key factors will be considered, including the impact of COVID-19 on workers before a figure is announced.

“We are hoping that at this time, employers and government will reach a deal which will make all of us satisfied. We have a convention on minimum wage, which is first looking at the impact on workers’ standard of living. You also have to look at the impact on employability,” he said in a Citi News interview.

Discussions on the minimum wage could not take place in 2020 because of the coronavirus pandemic.

At a meeting with the Tripartite Committee on Thursday, a technical committee was inaugurated to put together a report on proposals for a daily minimum wage.

Minister for Employment and Labour Relations, Ignatius Baffour Awuah, has assured that government will place a premium on the input of industry and other stakeholders in the determination of the minimum wage.

He indicated that government will ensure that Ghanaian workers are better off after all the processes and negotiations are completed.

“The role of industry players in the determination of the national minimum wage is perhaps even more key than that of government. We are also interested in the welfare of workers, and we have committed ourselves to so many international protocols and have assured ourselves and the international community that we will accord the Ghanaian worker decent employment,” the Minister said.

The TUC’s Dr. Yaw Baah had also expressed hope that there would be no lags in the process.

“As soon as he [the Minister] receives the report, he has assured us that he is going to reconvene the National Tripartite Committee meeting, then the processes of negotiation [can] start.”

“It is a very complex process, and we hope they will do a good job,” Dr. Baah added.

The National Daily Minimum Wage was last adjusted in 2020.