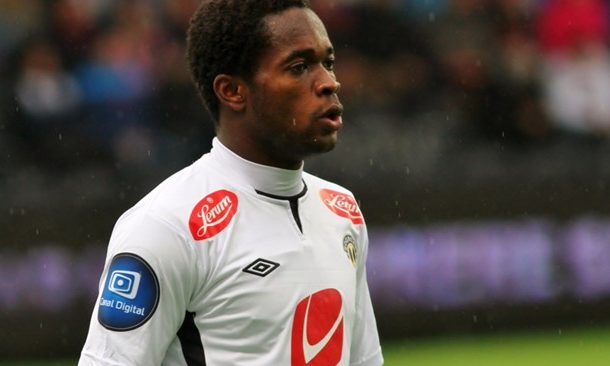 Ghanaian striker Mahatma Otoo has confirmed Turkish second tier side Balikesirspor are keen on retaining his services after his stellar first season at the Balıkesir Atatürk Stadı.

The 26 year old is on the radar of a host of clubs across Europe after scoring  13 goals in all competitions for The Blakes last season.

But Balikesirspor have no plans on letting the Black Stars forward leave this summer with the newly appointed president of the club ensuring he feels valued.

“I signed for two seasons with Balikesirspor.  l’ve ended one season and l’m looking forward to another season even though offers are coming in, ” the ex-Hearts of Oak frontman told Accra-based Radio Gold

“But before l came down, l had a meeting with the newly appointed club president and he made me aware that he doesn’t have any intention of letting me go now because he doesn’t want to have problems with the supporters as an incoming president.

“He says if he sells me now, the fans will start having problems with him because he can’t just come in and sell their best player. So this is what happened between the two of us before coming down.”