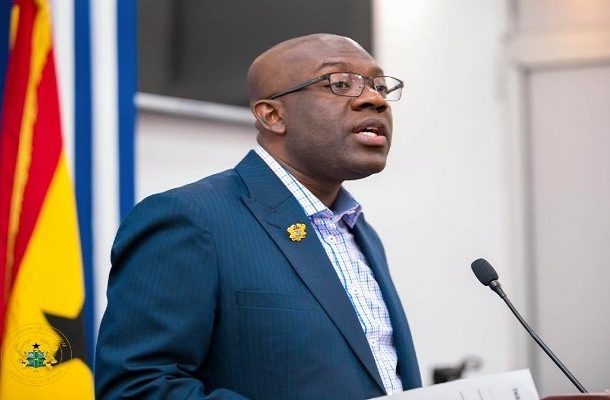 Kojo Oppong Nkrumah, has been attacked by Twitter users for failing to disclose reason President Akufo-Addo is travelling to London, UK.

In a Sunday night tweet, the Information Minister revealed President will leave the shores of the country today, Monday, December 14.

In the tweet, Oppong Nkrumah said Nana Akufo-Addo will first leave for two West African nations, Côte d'Ivoire and Guinea before he later continues to London.

He explained that while away, the President will be attending the inaugural ceremonies of the Ivorian President, Alassane Ouattara and President of Guinea, Alpha Condé on Monday and Tuesday before departing to the UK.

Unlike Ivory Coast and Guinea, Mr Oppong Nkrumah did not disclose why President Akufo-Addo will be travelling to London after his assignments in those two countries.

This infuriated some Twitter users, likely to be sympathizers of the National Democratic Congress (NDC) who demanded of the Minister why the motive behind Mr AKufo-Addo's visit to London has been swept under the carpet.

Below are some of the replies to his tweet:

Rigging master will be going round to congratulations he fellow arm robbers in africa continents...he will not come back home I swear
— Sena - DZIEKPOR ?????? (@senadziekp) December 13, 2020

The thief will be going round to congratulate his fellow thieves ?
— ASHAIMAN for NDC✌️ (@Ashaiman_NDC) December 13, 2020

chattered flight.
As to why he left the country with his families is not known yet but more details will come out soon.

Akufo Addo is so inquisitive, instead of him to be in the country at this crucial moment and face his loss, he is there interrogating the affairs of other countries. And if I may ask what his is going to do in London to take bribe? I guess.
— Sammy Gyamfi Ba (@SammyGyamfiBa2) December 13, 2020

A dictator will be attending the inauguaration of his fellow dictators.
— Patriot Sami (@TSDzidefo) December 13, 2020

Thank you for the update.
Pls I have a question though;
How come you told us what he'll be doing in Abidjan and Guinea but not what he's going to do in London?
Is he going for a medical check-up or to negotiate on the Covid-19 vaccine?
— Moski_7 (@EffaKyeiR) December 13, 2020

Thank God, we are not in the era of Ignatius Kutu Acheampong. Like by this time the planning start already. pic.twitter.com/T2KAbEBCCm
— Nii Adama (@josephadamafio) December 13, 2020