Twitter will now explain to you why something is trending 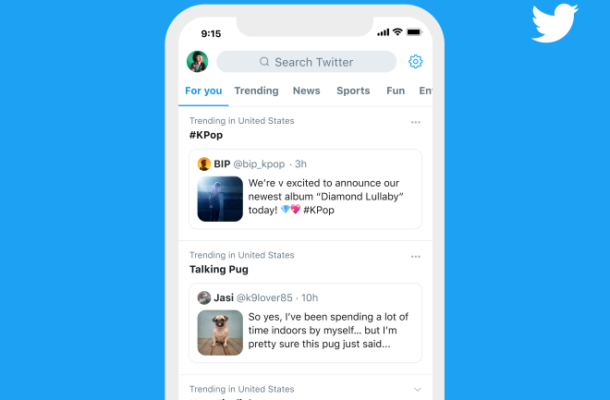 Twitter trends: Twitter to explain trends! Microblogging site Twitter recently put out a statement saying that while trends often show what people all over the world are talking about, often Twitter users are left confused as to why a particular topic is trending. In its statement, Twitter said that over the last year, the question “why is this trending?” was tweeted over 5 lakh times. Twitter said that it felt that users should be able to understand the trends easily and thus, the company has decided to add pinned tweets as well as descriptions on the trends so that users can have a better understanding of why something is trending.
While the representative tweets, as the company calls it, will be available to explain the trends on the Twitter app of iOS and Android as of now, Twitter is hoping to bring the feature to its website soon.

Explaining how it would work, Twitter said that some of the trends would have a representative tweet pinned to them so that the user would be immediately able to understand why something is trending. The representative tweet would be determined by combining Twitter’s algorithm and their curation team, and they would evaluate whether a tweet is adequately reflective of the trend. Apart from that, the algorithms have been designed to ensure that the representative tweets are not spam, abusive or posted with the intention to take advantage of Twitter’s system, the company added.
The feature would be visible in the coming weeks, the company said, and with it, the users would be able to see the brief descriptions that would be straightforward.
The feature would be available in several countries including New Zealand, Argentina, the United Kingdom, Australia, Colombia, India, Japan, Mexico, Spain, the United Arab Emirates, Brazil, France, the United States and Ireland.