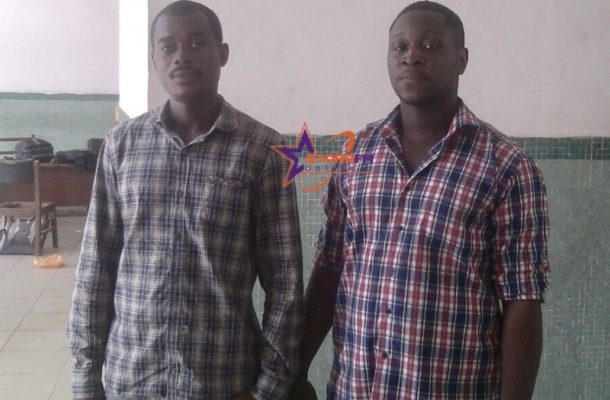 Two employees of the Electricity Company of Ghana (ECG) have been sentenced for stealing electrical items valued at GH¢6,500 belonging to the company.The convicts, Celvin Mawusi, a store keeper and Gregory Xenyo, an electrical technician, were staff of the ECG, Accra West Regional Office at Avenor.The items they attempted stealing included two boxes of 12 kilovot 100 amps fuse cut- outs, three boxes of three kilovots 10 amps surge arresters and three boxes of lighting arresters.They have been sentenced to pay 200 penalty units each. This will amount to GHC 2,400 each and in default will serve two years in prison.They are also to pay GHC 2000 as compensation to the ECG.Delivering the Judgment at an Accra Circuit Court, the Presiding judge, Mrs. Afi Agbanu noted that the two should have upheld high moral standard and not indulge in the act. According to her, the judgment is to engender deterrent.Facts The Manager of the prosecution unit of the ECG, Mr Paul Assibi Abariga, said the two were arrested following the vigilance of a security man at the Accra West Regional Office of the company.While manning the company's main gate, Mr Abariga said the security guard, whose name was given only as Issifu, at about 4a.m on February 13, 2016, intercepted a Toyota Land Cruiser with registration number GT 7321 D loaded with the items and prevented the occupants from taking the items out of the company's premises. Issifu was said to have been suspicious when he found that the items did not have a waybill to cover them, as that was the standard procedure for moving items from the store to the field.Moreover, the security man claimed the two accused persons failed to provide any tangible answers when he questioned them on the items. After making them unload the items, the security man was said to have reported the matter to management of the company. Arrests Later, the ECG investigations unit arrested Xenyo who allegedly admitted the offence but claimed he had been asked by Mawusi to convey the items out of the company. Mawusi was also said to have admitted the offence when he was arrested later.Preliminary investigations, according to Mr Abariga, had established that the two had agreed the previous day to steal the items which they would have sold and shared the proceeds.Investigations established that at about 9:30p.m the previous day, Mawusi opened the store and the two of them loaded the items into the vehicle. Xenyo allegedly parked the vehicle in the yard of the company and returned at about 4a.m. the next day to take them out but he was intercepted at the gate by the security man.