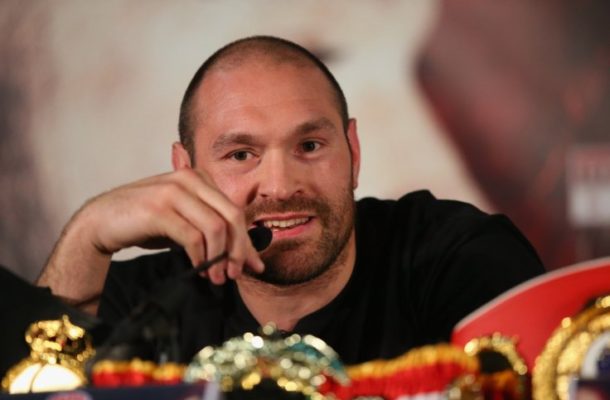 World heavyweight boxing champion Tyson Fury faces the likely prospect of being stripped of his titles. According to a report from ESPN,  the 28-year-old has been notified that he failed a Voluntary Anti-Doping Association (Vada) test for benzoylecgonine, the major metabolite of cocaine, following a random urine sample collected on 22 September.

ESPN have also obtained a copy of the letter sent by Vada president Dr. Margaret Goodman to Fury's camp, which reads: "This letter is to advise you that the 'A' sample urine specimen number 4006253 collected from Tyson Fury on September 22, 2016 in Lancaster, England through his participation in the Voluntary Anti-Doping Association (Vada) program has been analyzed for anabolic agents, diuretics, beta-2 agonists, stimulants and drugs of abuse. The results of the analysis are as follows: Adverse. Urine specimen contains benzoylecgonine."

Goodman added: "Mr. Fury has the right to promptly request analysis of the 'B' sample at his expense."

Fury was initially due to face Wladimir Klitschko in a long-awaited title rematch at the Manchester Arena on 29 October, yet was forced to withdraw for a second time after being declared "medically unfit to fight". It subsequently emerged that he was seeking professional help for personal issues after struggling with the overwhelming negativity and perceived "witch-hunt" against him in the aftermath of that memorable win in Dusseldorf last November.

Fury was charged by UK Anti-Doping (Ukad) in June for the alleged presence of a prohibited substance – believed to be the anabolic steroid nandrolone – and was told that he would face a hearing with the independent National Anti-Doping Panel (NADP). His provisional suspension was subsequently lifted pending full determination of the charges, leaving him free to face Klitschko. Fury and younger cousin Hughie both strenuously denied taking any performance-enhancing drugs and claimed via lawyers they would sue Ukad.

That episode led to Klitschko's camp insisting that Vada oversee testing in the build-up to their delayed second bout and that agreement later formed part of the contract. The results of Vada's test for performance-enhancing drugs are yet to come back.