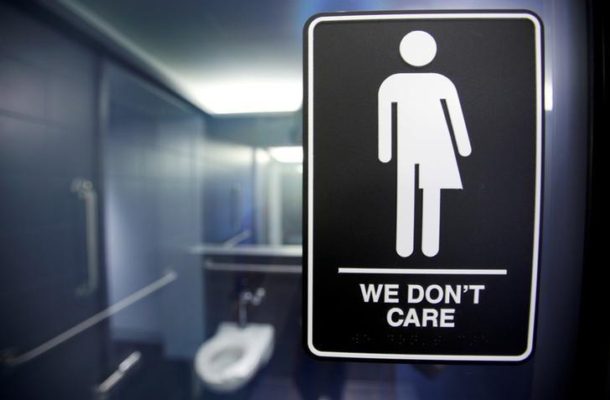 A U.S. judge blocked Obama administration guidance that transgender public school students must be allowed to use bathrooms of their choice, granting a nationwide injunction sought by a group of 13 states led by Texas.

Reed O'Connor, a judge for the Northern District of Texas, said in a decision late on Sunday that the Obama administration did not follow proper procedures for notice and comment in issuing the guidelines. He said the guidelines contradict with existing legislative and regulatory texts.

O'Connor, an appointee of Republican President George W. Bush, said the guidelines from the defendants, which included the U.S. Departments of Education and Justice, were legislative and substantive.

"Although Defendants have characterized the Guidelines as interpretive, post-guidance events and their actual legal effect prove that they are 'compulsory in nature,'" he wrote.

The office of Texas Attorney General Ken Paxton, a Republican who frequently sues the Democratic Obama administration, said he was pleased with a decision against "illegal federal overreach."

At a hearing on the injunction in Fort Worth on Aug. 12, lawyers for Texas said the guidelines usurp the authority of school districts nationwide. They said they were at risk of losing billions of dollars in federal funding for education if they did not comply.

U.S. Department of Justice lawyers sought to dismiss the injunction, saying the federal guidelines issued in May were non-binding with no legal consequences.

The guidance issued by the Justice Department and Education Department said public schools must allow transgender students to use bathrooms, locker rooms and other intimate facilities that correspond with their gender identity, as opposed to their birth gender, or face the loss of federal funds.

Under the injunction, the Obama administration is prohibited from enforcing the guidelines on "against plaintiffs and their respective schools, school boards, and other public, educationally based institutions," O'Connor wrote.

Following milestone achievements in gay rights including same-sex marriage becoming legal nationwide in 2015, transgender rights have become an increasingly contentious issue in the United States. The use of public bathrooms has been a key element in the controversy.

The other states in the Texas-led suit are Alabama, Wisconsin, West Virginia, Tennessee, Arizona, Maine, Oklahoma, Louisiana, Utah, Georgia, Mississippi and Kentucky. Ten other states have also separately sued over the guidelines.