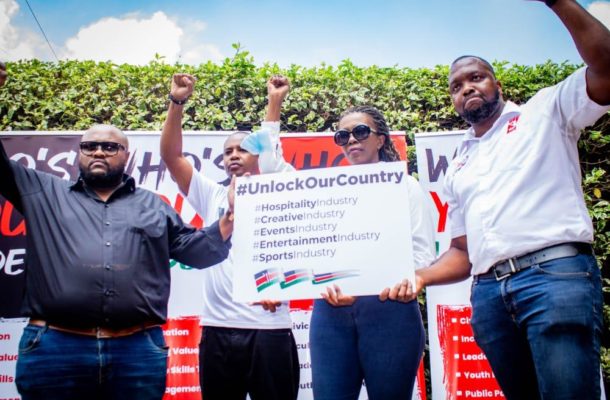 A group of angry Kenyan nationals have petitioned President Uhuru Kenyatta to ease the imposition of Coronavirus restrictions in the country.

According to the movement dubbed 'One Voice One People', Mr. Kenyatta should free the Kenyan citizenry from the current lockdown and an 8-hour curfew imposed on them under the guise of COVID-19 control.

Announcing the new restrictions, the President indicated all inland travel in the capital Nairobi and other four cities are banned. Mr. Kenyatta said no road, rail or air transport will be permitted in Nairobi, Kajiado, Kiambu, Machakos and Nakuru.

He also placed a ban on in-person meetings and changed curfew hours of 10pm-4am to 8pm-4am.

The president also ordered "an immediate suspension of all face-to-face teaching, which includes universities", with the exception of students currently taking exams.

All sporting events were also suspended amongst many others.

However, speaking exclusively to Ghanaguardian.com, a member of the movement, Francis Gaitho, said the lockdown has affected almost every activity in the country. 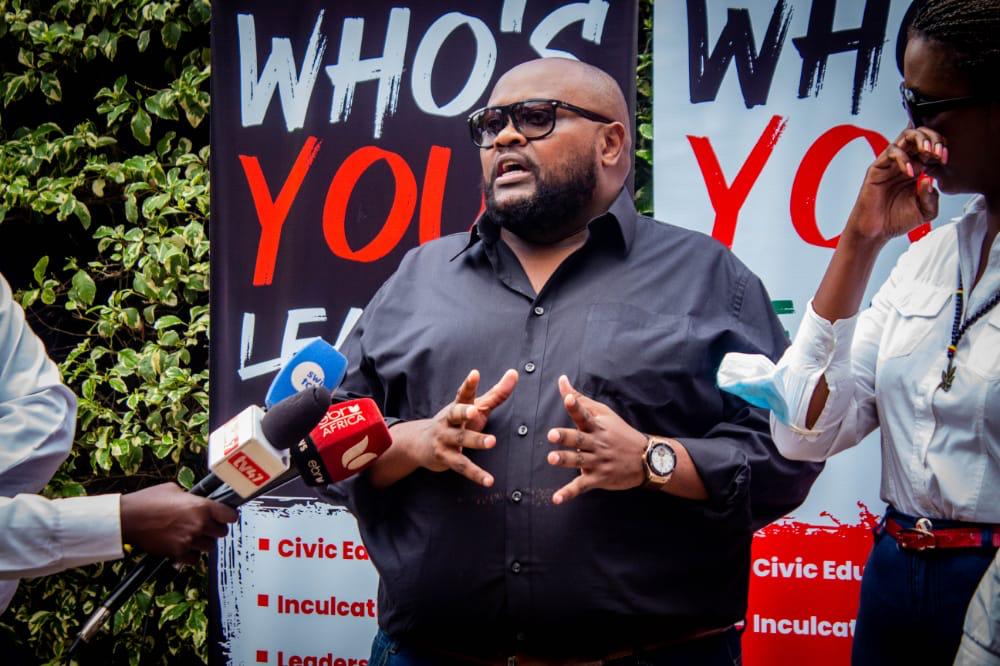 "Kenyan President Uhuru Kenyatta imposed a lockdown in Kenya and an 8pm-4am curfew under the guise of Covid control," he lamented.

According to him, COVID-19 vaccines meant to the control the virus have been stolen by some health officials for selfish gains.

"Vaccines which arrived in Kenya on March 2nd were hoarded by corrupt officials for sale," he disclosed.

The group numbered about 240 people, embarked on peaceful protest on the streets of Nairobi on March 31, 2021, but asked whether the government has addressed any of their concerns, Mr. Gaitho revealed "Successive protests have been disrupted by the Kenya Police with orders from the President."

The group has therefore submitted a list of demands, with a hashtag #UnlockOurCountry, telling the Kenyan authority that the effect of the lockdown on the economy is worse than the effect of the spread of COVID-19.

Read the full memorandum below:

A DECLARATION BY A TIRED AND DANGEROUSLY ANGRY KENYAN
CITIZENRY

We, the citizens of Kenya under the banner of the hashtag
#UnlockOurCountry , hereby submit this list of demands, in recognition
of the fact that the effect of the lockdown on the economy is worse than the effect of the spread of the virus. More importantly, the recovery rate
from Covid infection is higher than recovery from financial deprivation
and cessation of economic activities.
More destruction and death during the last one year, have been caused
by police extra-judicial killings, starvation, suicide, road-accidents, than
the COVID virus itself. It has been a traumatizing period for Kenyans due
to the misguided lockdowns initiated by the Presidency.
As the rest of Kenyans complied, politicians hosted super-spreader
events and escalated an already bad situation. Vaccines which arrived in
Kenya from the COVAX facility meant to be administered free, are being
hoarded and in many cases, sold by rogue hospitals and Ministry of
Health officials.
In this regard we hereby DEMAND;
1. THE IMMEDIATE & UNCONDITIONAL re-opening of the country from
the misguided lockdown imposed last week.
2. THE removal of the National Police Service officers from actively
enforcing the curfew and disrupting transport, education (universities,
colleges, etc), business activities including harassing and extortion of
Small & Medium Size Businesses (SME’s) in various towns across the
country.
3. THE resumption of normal transport services (road, rail, air) enabling
movement of people and goods.
4. THE urgent and concerted effort of all health sector players to initiate
a concerted effort to inoculate all Kenyans with the FREE COVID vaccine, beginning with operators in the entertainment, hospitality,
sports, education and transport sectors, who are widely exposed due to
the nature of their work.
5. THE upholding of Constitutional Provisions. Under Article 37 of
Kenya's 2010 Constitution which says that every person has the right,
peaceably and unarmed, to assemble, to demonstrate, to picket, and to
present petitions to public authorities.
6. THE urgent review of fuel and electricity prices and cancellation of
Independent Power Producers (IPPs) contracts who are behind the
outrageously high consumer electricity prices, which have adversely
influenced Kenya’s SME’s, leading to closure of entertainment spots,
hotels, restaurants, barber shops/salons, cyber-cafes/DVD stalls, fast
food restaurants etc.
7. THE immediate disbursement of funds meant to cushion the most
vulnerable in society including the youth funds, which we recently learnt
from the auditor general, were redistributed to recurrent expenditure.
8. THE commencement of economic recovery rescue stimulus
packages including reducing VAT on basic commodities, interest relief
from bank loans and regulation of digital lenders.
9. THE end of the daily press briefings by the Ministry of Health and
media to instead reprioritize job creation, return to normalcy and
economic incentives by the government.
10. THE immediate subsidy on foods and basic commodities, school
fees and hospital bills for ALL Kenyans, in both public and private
schools and hospitals using the funds advanced to the country by multilateral donors and foreign nations (copied herein).
We join hands with Kenyans of goodwill who have been engaging in
peaceful protests across the country, and implore upon the others to
join hands with their comrades to help agitate for our rights as citizens
of Kenya. Protest from any part of the country.
We ask the international community, donor agencies and foreign media
to highlight continued exploitation of Kenyans, by infringing on our
democratic rights and freedoms to assemble and picket. Kenya should
not continue qualifying for the massive donor kitty if it continues to be
managed like a failed state, which doesn’t meet disbursement criteria as
stipulated by donors.
We urge foreign embassies and missions to impose a travel ban and
economic blockade on assets & cash reserves of top government
officials and their families, banked in their countries who issue orders for
the police to deny Kenyans the constitutional right to freely assemble
and present memorandum.