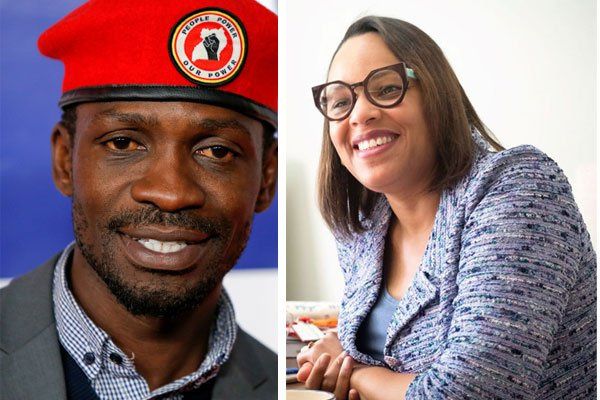 The U.S. Ambassador to Uganda Natalie E. Brown Saturday held an introductory meeting with National Unity Platform (NUP) President Robert Kyagulanyi alias Bobi Wine days after she was blocked from visiting his home where he had been confined by security since January 14.

“On the eve of African American History Month, celebrated in the United States each February, they also discussed America’s continued effort to achieve the promise of liberty and justice for all, the important legacy of civil rights leaders and ordinary citizens who have dedicated their lives to advance that goal, and how these experiences have influenced others globally in the pursuit for more inclusive and representative societies,” the statement added.

In the meeting which was also attended by NUP Secretary-General David Rubongoya, Ms Brown is said to have commended the participation of candidates from across Uganda’s political spectrum in the country’s recent elections while noting the United States’ “deep and continuing concern about the extrajudicial detention of opposition political party members, the reported disappearance of several opposition supporters, and continued restrictions on the NUP’s operations.”

She’s reported to have reiterated that the United States does not take sides or support any specific candidate or party in Uganda’s elections.

“She called for all political parties and their supporters to use constitutional, legal, and non-violent means to address complaints over election irregularities and emphasized U.S. support for the fundamental freedoms of expression, assembly, and movement. Political violence, repression, and intimidation have no place in democracies,” the statement reads further.

Ms Brown was on January 18 blocked by security forces from visiting the NUP presidential candidate who had been under house arrest after the military surrounded his home on January 14, two days before the electoral commission chairman, Justice Simon Byabakama declared President Museveni as winner of the highly contested election with almost 59 percent of votes cast.

Government spokesman, Mr Ofwono Opondo then accused the ambassador of breaching diplomatic norms and engaging in "mischief" over her attempt to visit the musician turned politician.

After the May 2021 swearing-in, Mr Museveni’s rule will be extended to the fourth decade following the January 14 elections in which he was declared winner.

U.S. State Department says it is considering a range of actions against Mr Museveni, 76, who, since taking office in 1986, has been among Africa’s leading beneficiaries of American aid, taking in billions of dollars even as he tightened his grip on the nation, according to New York Times.

“We have significant concerns about Uganda’s recent elections,” a State Department representative said in a statement emailed to The New York Times.

“The United States has made clear that we would consider a range of targeted options, including the imposition of visa restrictions, for Ugandan individuals found to be responsible for election-related violence or undermining the democratic process.”

The “conduct of the Ugandan authorities during those elections,” the statement read, “is one factor that will be considered as we make determinations on future U.S. assistance.”