US deports 40 Ghanaians for various crimes 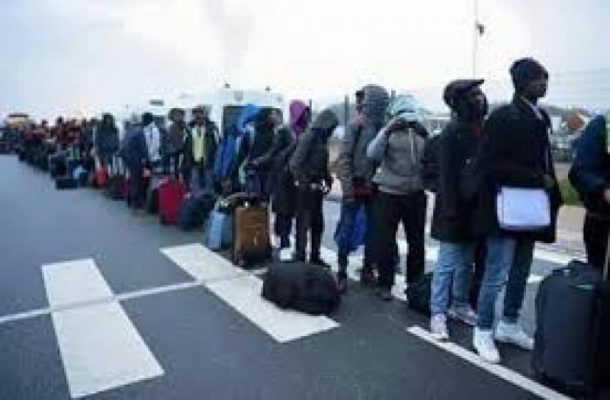 A statement issued by the Assistant Superintendent of Immigration (ASI), Barbara Sam, in charge of Public Relations at the Kotoka International Airport said the deportees are aged between 21 and 70 years and they are made up of 38 males and two females.

They were deported for various offences ranging from the trafficking of banned substances, assault, vehicle theft, burglary, fraud, domestic violence and immigration-related issues.

They arrived on board a chartered flight from US, Omni Air International Boeing 777 - OAE 328.

According to the statement, 38 of them arrived on Travel Certificate issued by the Ghana Mission in Washington, DC whilst two of them on Ghanaian passports.

In a similar development, the statement said 12 Ghanaian females were also been deported from Saudi Arabia for illegal stay.

Their ages range from 20 to 30 years and they arrived on board Ethiopian Airline with Travel Certificates.

They were mostly junior and senior high school graduates and were working as domestic helps, storekeepers and fuel attendants.

In various interviews with the GIS, some of them said they were made to overwork and their salaries were withheld by their employers and were not also properly fed as well as maltreated.

They have since been handed over to the Bureau of National Investigations for further action.