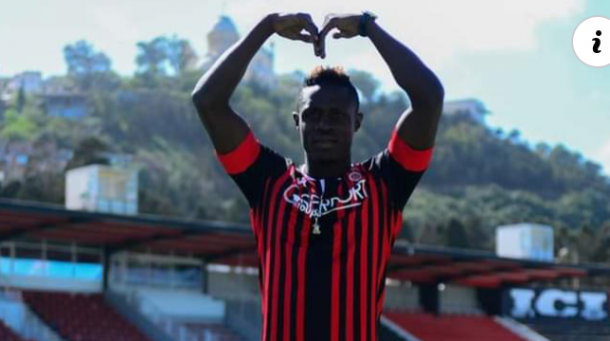 Algerian side USM Alger have finally paid Kumasi Asante Kotoko for the sale of striker Kwame Opoku month after the transfer.

The striker was sold by Kotoko mid way through the season in March but the Algerian side failed to pay the club with Kotoko reporting them to FIFA before they paid the transfer fee of €300,000.

FIFA threatened to place a transfer ban on the club if they failed to pay the porcupine warriors but reports reaching us indicate that they have now redeemed themselves.

Kotoko sold their top scorer to the Algerian side in the middle of the Ghana Premier League season something which did not go down well with supporters but the club had to do so due to financial constrains.

The striker before leaving Kotoko in March had scored nine goals in 20 appearance and was sold for 300,000 Euros.

Since his departure, Kotoko have struggled in front of goals something which many think  caused them the league title.

Kwame Opoku signed a four and half year contract with USM Algers and has since joining his new side scored twice in as many matches played so far.

Kotoko reported the Algerian side to FIFA in June and they have been ordered to pay the money with interest.

Opoku scored four goals for USM Algers since arriving at the club with two assists in six games helping them to fourth in the league.