Validated list of DKM customers to be published on Monday 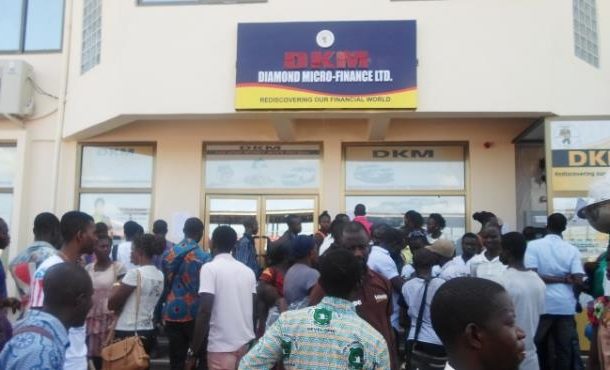 The official liquidator of DKM Diamond Microfinance, the Registrar – General's Department has told Citi Business News that it will now publish the list of validated creditors of the microfinance company from Monday October 3, 2016.

According to the Registrar-General, publishing of the names had to be suspended due to logistical challenges.

“Unfortunately as a result of logistical challenges encountered during the processing of the claims we were not able to commence the publication of the list of validated creditors for DKM at the various offices as we said during the first creditors meeting,” Mrs. Oware said

She further explained that “in view of this, we will use next week Monday begin to publish the notices all around the branches of the DKM and all the designated areas where the customers submitted their claims,” she noted.

She said that, the department was going to use the whole of next week to ensure that  the creditors go to their branches and check their names and banks to receive  their funds.

Initially, names of all validated creditors of DKM Diamond Microfinance was to be published Friday 30, 2016 at designated centers with their corresponding banks to allow customers cash their claims effective first week of October.

It follows the completion of works by PWC, the firm appointed by the Registrar-General'sDepartment to review the assets of DKM Diamond Microfinance.

Mrs. Oware added that payment of the cash owed to customers would commence in the second week of October.

“In the second week of October we will start the payment in the recipient banks and at that point in time when you go to the notices and check your name you will know which bank your payment will be made,” she said.

“But let me say that the list is for verified creditors only this is because we are still verifying the list of creditors that we have. We have three banks being GCB Bank, ADB Bank and Fidelity Bank but GCB Bank is the bank that is ready at the moment. We will soon complete negotiations with the other two banks”, she added.

She however told Citi Business News that customers who are owed by the company but do not see their name on the list should be patient since the process of verification is still ongoing.

Mixed reactions from DKM customers
Customers of DKM Microfinance expecting refunds of their locked up investments have lauded the progress of work by the Official Liquidator.

Some of the customers told Citi Business News the move comes as a great relief despite the length of time it has taken to get access to their monies.

“In fact I can say there is hope for us as customers with the discussion that have gone on. My only concern is that all of the affected customers will feel satisfied with whatever decision,” one customer remarked.

Over 90,000 customers of DKM are expected to be paid their investments after a year that the company's operations were suspended for flouting some financial regulations in the country.